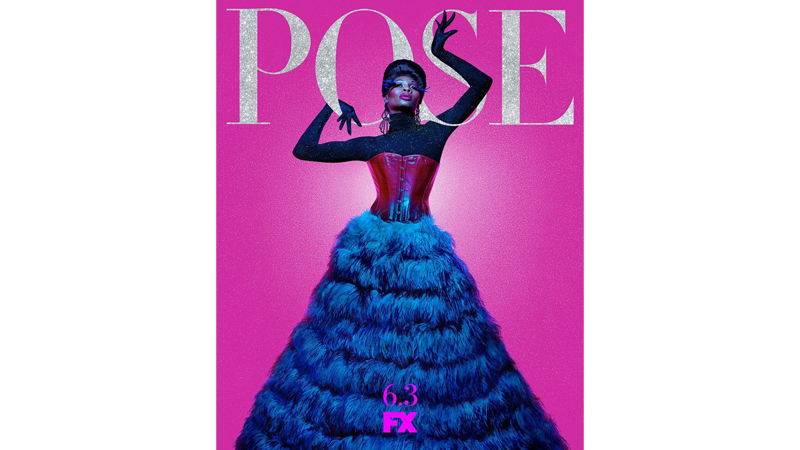 A very odd thing kept happening to me as I watched the first season of ‘Pose’, FX’s drama about New York’s drag ball scene in the 1980s and ’90s.

Again and again, the part of my brain trained to understand how modern serialised drama narratives function would predict the worst possible outcome in each scenario for the show’s heroines and heroes. Only, that is not what happened.

At almost every juncture, things went better than I could have expected. The lives of these characters – all of them brown, all of them queer, several HIV-positive, most of them living below the poverty line – didn’t turn out perfectly. But more often than not, Pose seemed to understand that, as house mother Blanca says of the young trans, gay and bi women and men she’s unofficially adopted, “Everything in this life is set up to work against them.” A series that frequently dumped even more pain on Blanca and friends might feel honest, but it would also be an unbearable wallow. ‘Pose’ is already revolutionary in its sprawling cast of trans characters played by trans actors. But it feels nearly as revolutionary as a gritty Peak TV drama that tries to be kind and generous to its characters whenever possible.

In doing so, ‘Pose’ takes its cues from Blanca herself. In every situation, she tries to see the best in people – even ones who have been mercilessly cruel to her in the past, like her own former house mother, Elektra – and to be honourable. “Your problem,” a rival tells her in an episode from the new second season, “is you think doing the right thing is always the right thing to do.” But if Blanca occasionally suffers for her belief in the fundamental goodness of others, Pose recognizes her optimism as part and parcel of the subculture the whole show depicts. Blanca and the others are trying to remake reality to something that makes sense to them, rather than what they’ve been told it should be, and that extends well beyond gender identity.

That innate decency and hopefulness casts a lovely spell over the whole endeavour, both last year and in Season Two. The story threads can feel thin and frayed at even the best of times, but the warmth of the series’ vision makes coherence much less important than the power of individual moments.

The new season kicks off in 1990, allegedly three years after we last saw the characters. This time-stamp seems more of an excuse to get straight to “Vogue” – Madonna’s hit song that briefly brought drag ball culture into the mainstream – and other important historical developments than a natural progression of the story. Most of the characters and their relationships are presented as if only a few months have passed. It’s hard to imagine, for instance, that the imperious Elektra has been living in Blanca’s dingy Bronx apartment for such a long period of time, while young Damon is still a student at the same school of dance. If you think about the passage of time at all, whether between seasons or even between certain scenes – say, a character being arrested during a very public protest, then participating in a photo shoot with no explanation of how she got bailed out – none of it feels cohesive. But emotionally, it all feels of a piece, which is what matters most to this world and this approach.

That innate decency and hopefulness casts a lovely spell over the whole endeavour, both last year and in Season Two. The story threads can feel thin and frayed at even the best of times, but the warmth of the series’ vision makes coherence much less important than the power of individual moments

The first season hedged its bets on its ensemble of mostly unknown trans performers by casting Evan Peters as a low-level Trump Organization executive who began an affair with sex worker Angel and Kate Mara and James VanDerBeek as, respectively, his wife and boss. Despite good work from all three actors, those scenes always felt like distractions from what Pose was really about, and none of those characters are missed in the new season. The focus is even more than before on Blanca’s makeshift family and on the series’ most indelible performer: Billy Porter as drag ball emcee Pray Tell. Porter is now treated as co-lead with Rodriguez, just as Pray Tell now effectively acts as father to all the Evangelista children. Porter’s gift for going marvellously over-the-top or agonisingly small with his acting makes him a perfect match for a series that can toggle between lavish ball scenes and quieter reckonings with human frailty and loneliness. Some other characters suffer a bit from the increased focus on Pray Tell, but the series as a whole is elevated greatly by his newfound prominence.

Left mostly unacknowledged: In his role as emcee and colour commentator, Pray Tell has a huge amount of influence over the ball results and is transparently in the tank for Evangelista and against other house mothers like Candy. It’s one of those situations where Pray Tell is both so powerful and beloved that few would dare raise a fuss about it, even if it can occasionally stick out like a sore thumb to the audience.

The new season is defined by two diametrically opposed trends: the boom of interest in the ball scene as the result of “Vogue,” and the rising death tide in the community from the AIDS crisis. The season opens with Blanca and Pray Tell, both of them HIV-positive, taking the long boat ride out to Hart Island, a potter’s field north of the Bronx where impoverished AIDS victims are being anonymously buried. Pray Tell and Nurse Judy have a ruefully comic running bet about which of them will be the first to attend 1,000 funerals. It’s an especially vulnerable moment in the community, but also one perched precariously on the edge of hope. When Blanca is reluctant to start taking AZT because of the side effects, Judy pleads with her to do whatever she can to stay alive long enough for something better to come along – neither of them knowing, as we in the audience do, that more effective treatments like the triple cocktail aren’t that far in the future. Blanca is convinced that “Vogue” will win mainstream acceptance for trans women and performers, while the older Pray Tell points out that the success of “YMCA” by the Village People was followed a year later by straight people angrily smashing their disco records on the field at Chicago’s Comiskey Park.

For the most part, Pose continues to side with Blanca whenever possible, even as it acknowledges some of the harsh realities of its world. Angel, who can pass for a cis woman better than her peers, explores the modelling industry with some success, but also some peril. Judy drags Pray Tell off the sidelines and into the political fight for a nonviolent protest against New York’s top-ranking Catholic official at the time, John Cardinal O’Connor. Blanca manages to start her own nail salon by renting a storefront from a racist Leona Helmsley-esque real estate mogul, who says, “I don’t normally rent to anyone darker than my Aunt Lily after a vacation in Palm Beach, but I’ve had good luck with Dominicans.” But the funerals continue, both from AIDS and from violence against members of the community. The latter kind of death dominates the powerhouse fourth episode, directed by Pose co-creator Ryan Murphy, which at times out-Fosses some of the sequences from Fosse/Verdon.

Occasionally, though, Pose starts to stray into territory best left to other shows on FX and elsewhere in the cable/streaming world. You would not think of this, for instance, as yet another show that needs to provide its audience with lessons in how to dispose of an inconvenient corpse, yet much of the third episode is spent on exactly that.

And in another episode, Elektra makes a ‘Game of Thrones’-inspired play on words, despite the season taking place more than 20 years before that show debuted.

‘Pose’ is at its best when it’s telling the kinds of stories no other show can and with a bittersweet but largely optimistic worldview others seem afraid to adopt. The new season arrives as the Trump administration has ramped up efforts to marginalise trans people and strip them of basic human and legal rights. That we seem to be going backwards would fly in the face of Blanca’s belief in people and the world, being essentially good. But that makes the hope and resiliency of Pose more valuable than ever, on top of it simply being a great drama. 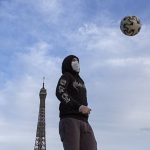