Sara Loren’s ‘Ishrat Made in China’ goes on floors 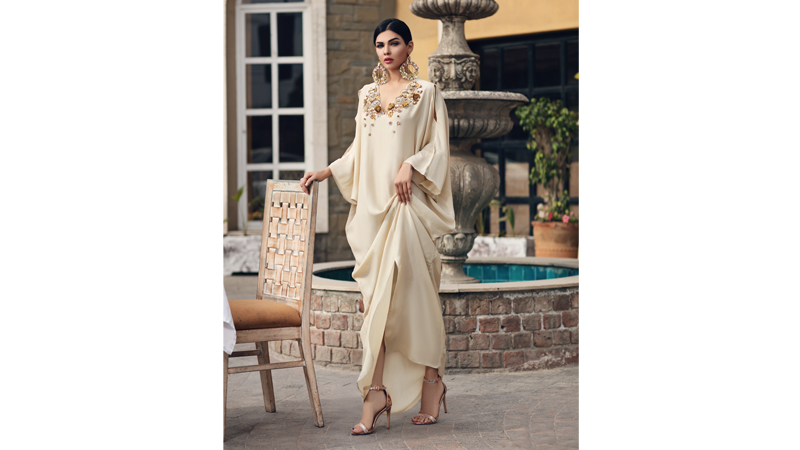 Actress Sara Loren is known for her versatile roles in films, dramas and theatre etc. Stirring audiences on both sides of the border, the actress has proved time and time again that talent cannot have any boundaries. Her brilliant performance got immense recognition in Pakistan. The actress did not stop there, she ventured off to India showcasing her exceptional acting skills in numerous Bollywood films.

Sara Loren started her acting career in 2003 with the drama serial ‘Rabia Zinda Rahegi’ directed by S Suleman. The drama was well received by critics and fans all over Pakistan.

For Loren, S Suleman is an institution in himself – a school for acting.

She herself extends gratitude for having learned a lot under his assistance.

Moving beyond Pakistan, the actress later made her debut in Indian film industry with ‘Kajra Re’ in 2010.

Her other stellar performances include, the Pakistani drama serials ‘Kajal’, ‘Shahzadi’, ‘Mein Mar Gayi Shaukat Ali’ written by Khalilur Rehman, Meharbano and Shahbano. After receiving an award for Best Actress for her ground breaking performance in ‘Anjuman’ and ‘Fraud Sayyian’, now it is time for Loren to shine yet again with her upcoming film ‘Ishrat Made in China’ which has already sparked interest among film fanatics.

With Pakistani cinema on road to its revival, fans are excited to see how Loren will raise the fine acting standards with her upcoming project

Always striving for the best, Loren is an eager learner and never stops to challenge herself. While in conversation with the stunning Loren, we discover that she is completely self-made.

“I have no formal training in acting but my teacher is life. Life teaches us so much in every field,” she says.

She conquered the big screen as one of the strongest Bollywood divas in ‘Murder 3’.

Reminiscing about her performance, “I explored an entirely new side with the character of Nisha in ‘Murder 3’.”

Loren has paternal roots in Rajasthan, India and her mother is from Pakistan. She has strong bonding with both the countries due to her lineage. Born in Kuwait where she also received her early education, the actress later moved to Pakistan.

It’s no surprise Loren has worked with some of the biggest names not just in Pakistan but also India. She has been credited to represent Pakistan on international platforms while working alongside legends including the likes of Poonam Dhillon, Jitendra and Zeenat Aman etc. Making waves on multiple publications from all around the globe, Loren has previously been featured in Bombay Times, Australian Magazine and more where she was featured for her fearless and bold character in ‘Murder 3’.

Loren the multifaceted eastern beauty has always been the talk of the town for her nifty avatar and experimental roles. She has been titled ‘Pakistan’s Fearless Beauty’ numerous times. Loren has also secured a place as the top 10 beauties of Pakistan at many forums. The humble beauty has proved time and time again that talent can have no limitations and if you have potential you will soon be able to live your dream!

The face of a leading mobile company of Pakistan, Loren was also seen in a club number for ‘Jawani Phir Nahi Aani 2’. With Pakistani cinema on road to its revival, fans are excited to see how Loren will raise the fine acting standards with her coming project. To put it short, it appears that the superstar is all set to make waves in the Pakistani industry as she did in Bollywood.