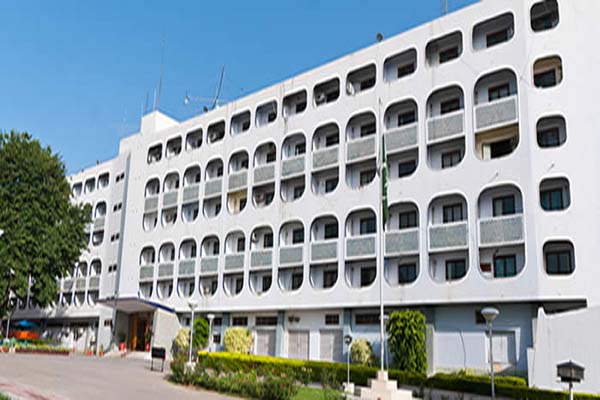 Senior Pakistani and Afghan officials will hold talks in Islamabad on important matters on Monday (today), marking the resumption of high-level bilateral dialogue after a break of nearly seven months, officials said on Sunday.

Both countries had established a mechanism of bilateral talks known as the Afghanistan-Pakistan Action Plan for Peace and Solidarity (APAPPS). A meeting was held in November.

A review meeting of the process should be held quarterly but no meeting was held since November due to the deteriorated relations.

Afghanistan had put a hold on APAPPS as it wanted Pakistan to first hold a joint conference of religious scholars of both countries to issue a declaration against violence in Afghanistan. Islamabad on its part shifted the blame onto Kabul that Afghan officials had not approved a proposed draft of the joint statement to be issued in the “ulema” conference. Officials say both sides have also reached some understanding on the issue.

The Foreign Office said late Sunday that a review meeting of the APAPPS will be held in Islamabad on Monday.

Foreign Secretary Sohail Mahmood will lead the Pakistan delegation while the Afghan side will be led by Deputy Foreign Minister Idrees Zaman, a statement said.

The APAPPS was established in May 2018 to provide a comprehensive and structured framework for institutional bilateral engagement between Pakistan and Afghanistan in diverse areas of cooperation.

The inaugural session of APAPPS was held in Kabul on July 22, 2018, where the two sides had agreed to synergize efforts to enhance bilateral cooperation and build trust.

“The forthcoming session will provide the two sides an opportunity to review progress made under this framework since the inaugural session and to exchange views on further collaboration in agreed areas of cooperation,” the Foreign Ministry said.

Officials say the meeting will also discuss preparations and agenda for the upcoming visit of Afghan President Ashraf Ghani, who will pay the visit later this month.

Relations between the two countries have improved in recent weeks and President Ghani spoke to Pakistan Prime Minister Imran Khan on May 5. He later sent his top security adviser Hamdullah Mohib to Pakistan to discuss security issues.

Meanwhile, officials in Islamabad and Pakistani diplomats in Kabul denied reports that certain Afghan visa applicants created a law and order situation by blocking the roads leading to the Embassy of Pakistan in Kabul.

The sources said that there was no incident involving the Pakistan Embassy premises as claimed in some of these reports.

The Afghan authorities resolved the matter and consular services of the embassy are continuing smoothly, they said

“The embassy officials remain in regular, close contact with the Afghan authorities including the Ministry of Foreign Affairs, the Special Force for the security of diplomatic Missions in Kabul and the Afghan Police, on all such matters,” they said.

The Foreign Office is also in close contact with the Pakistan Embassy in Kabul.