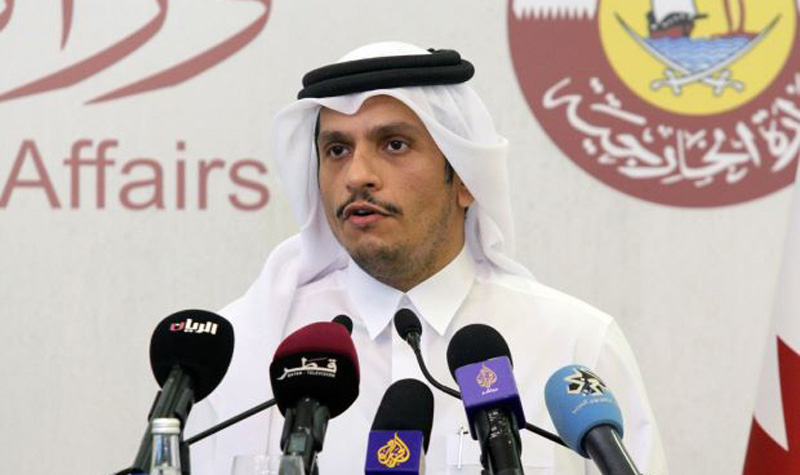 Qatar has been talking to both Iran and the United States about de-escalation, Qatari Foreign Minister Sheikh Mohammed bin Abdulrahman al-Thani told reporters in London on Sunday, urging both sides to meet and find a compromise. “We believe that at one point there should an engagement – it cannot last forever like this,” he said. “Since they are not willing to engage in further escalation, they should come up with ideas that open the doors.” Tensions have risen between Iran and the United States in recent weeks after Washington reimposed economic sanctions on Iran after pulling out of a big-power nuclear deal, and sending forces to the Middle East in a show of force to counter what US officials called Iranian threats to US troops and interests.