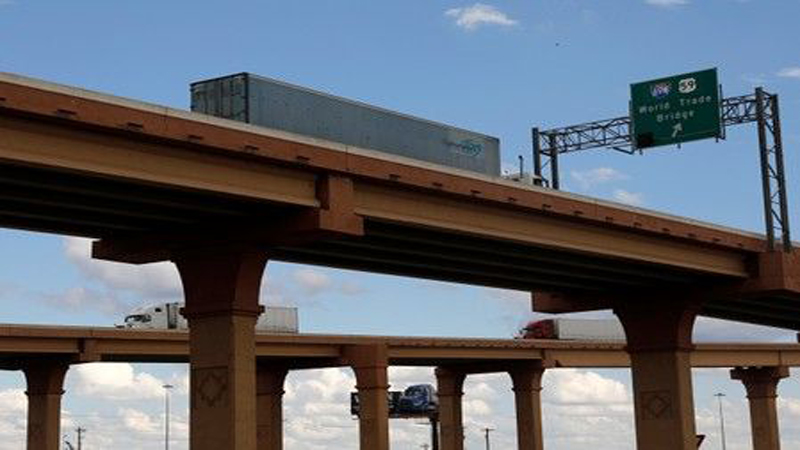 A flood of companies eyeing Mexico as a safe haven from the US trade war with China risks evaporating after President Donald Trump last week threatened to unleash tariffs on Mexico too.

News of Trump’s tariff plan has battered the Mexican peso and cast doubt over the future ratification of a new North American trade agreement, a treaty overhauled during months of agonizing talks previously demanded by the US president.

Just when companies thought that trade deal had made Mexico a tempting manufacturing alternative to China, Washington’s new threats have thrown several off balance again.

Take the recent experience of outsourcing firm Tecma Group, which saw a surge in interest from companies mulling a move to Mexico as Trump raised tariffs to 25% on $200 billion (£157 billion) of Chinese goods.

Tecma, which manages some 75 factories in Mexico, had been approached “every week” by companies selling items from furniture to ink pens seeking a pathway out of China and into Mexico, according to Alan Russell, its chief executive and chairman.

Now, after Trump vowed to introduce escalating tariffs of 5% on all Mexican exports to the United States from Monday if Mexico does not contain a surge in migrants to the US border, those hoped-for investments are at risk of being frozen, Russell says.

“A board of directors is not going to say, ‘Yeah let’s do this’ in the face of a 25% tariff,” Russell said.

There are few available numbers to gauge how widespread the shift to Mexico from China has been. But data showing Mexico emerging as the top US trading partner as China exports less to the United States, combined with anecdotal evidence, suggest a significant trend.

Fuling Global Inc, a specialized plastic and paper producer, that is starting up a manufacturing operation in the northern Mexican city of Monterrey, has suffered from similar whiplash.

The company said in an April letter that the planned plant would “help reduce much of the impact of the China-US trade changes.”

That now sounds outdated, but the company downplayed concerns about Trump’s latest shift.

“Whatever we are doing in Mexico is for our company’s long-term strategic growth … If we produce in Mexico we’ll a save a lot on freight and it will reduce the time for delivery. It’s a huge advantage,” said CFO Gilbert Lee.

If Trump makes good on his tariff threat, Lee said Fuling and its customers would initially bear the burden of the costs, but eventually “consumers are going to have to pay for this.”

Similarly, camera maker GoPro Inc decided in early May to move most of its US-bound production to Mexico from China to “insulate us against possible tariffs,” Chief Financial Officer Brian McGee told investors at the time.

A GoPro spokesman said the company is now “watching closely” as talks to strike an immigration deal continue.

In a sign that such cases were part of a wider surge of interest in Mexico manufacturing, the bi-national industrial Southwest Maquila Association said it had heard in the last six months from around 10 firms expressing interest in investing in Mexico, up from only 3 or 4 the prior six months, according to Gustavo Gonzalez, the organization’s president.

In fact, Mexico overtook both China and Canada in the first quarter of 2019 to become the US’s top trading partner in goods, according to US Census Bureau data.

Shipments from Mexico to the United States grew 5.4% in the first quarter while those from China contracted 13.9%, it showed.

Bank UBS said Mexico had taken market share from China by selling products from a September 2018 US tariff list.

Firms already established in Mexico are worried but say it is too early to gauge the impact of the new spat.

Among them are manufacturers like LG Electronics, which migrated years ago to build TVs in Mexico using imported parts and ship them to the United States tariff-free under NAFTA.

The potential for US tariffs on all imports from Mexico could jolt that supply chain and others like it.

“But if it’s only a 5% tariff instead of 25% it might not be a game changer because the peso has also depreciated,” she said.