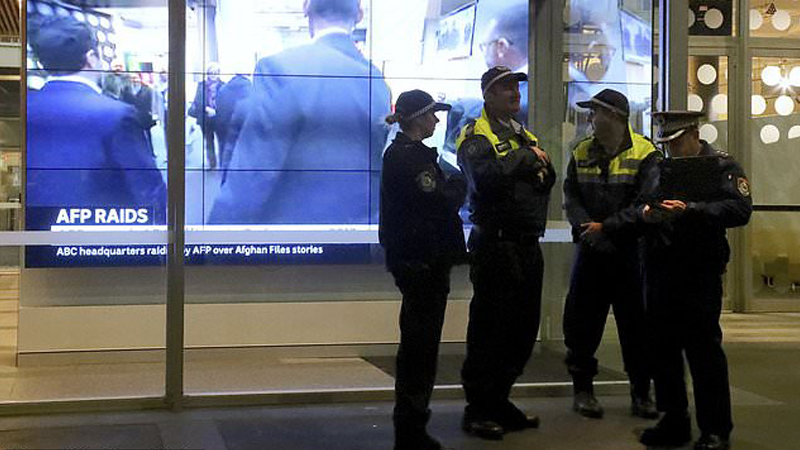 The head of Australia’s public broadcaster ABC said she has “grave concern” about a recent police raid on the corporation’s headquarters in connection with a 2017 story based on leaked documents that indicated the country’s military forces were being investigated for possible war crimes in Afghanistan. Australian Broadcasting Corp. Chair Ita Buttrose said the raid Wednesday in Sydney was “clearly designed to intimidate.” Buttrose said Friday she had a “frank conversation” with a government minister and that, “As ABC chair, I will fight any attempts to muzzle the national broadcaster.” The Sydney raid, in which documents were taken, came a day after federal police searched the Canberra home of Annika Smethurst, the political editor of The Sunday Telegraph of Sydney, over a 2018 story detailing an alleged government proposal to spy on Australians.