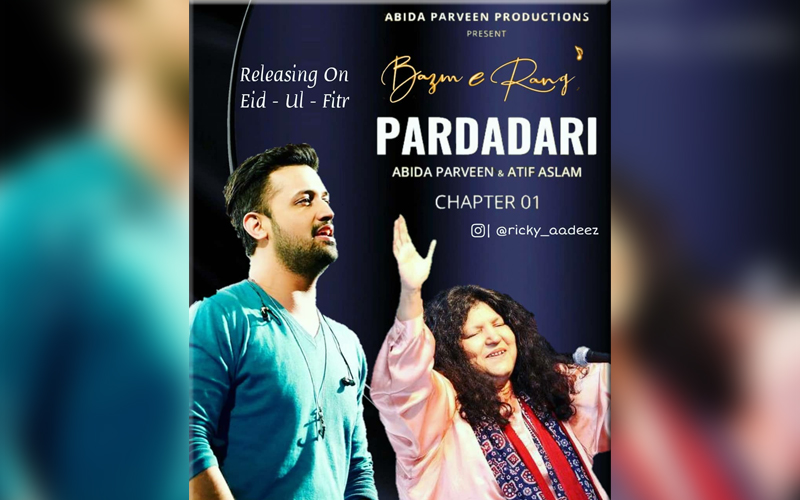 Sufi singer and composer Abida Parveen’s new song released as part of “Bazm-e-Rang”, a series of Sufi and spiritual music.

This venture is started by her son Sarang Latif.

As part of Chapter 1 ‘Khayal Se Khayal Tak’, a song by the name of “Pardadari” has been released on Eidul Fitr which features Abida Parveen and Atif Aslam.

This soulful song in the magical voices of the duo will definitely take you on a spiritual journey. We can surely say by listening to the trailer that the series sounds promising. The YouTube series marks the directorial debut of Sarang who brought his vision to life with the compositions personally done by the Sufi music star Parveen herself.

The upcoming series features many famous singers including Rahat Fateh Ali khan, Khamaj and others. Commenting on his new venture by Parveen productions, Sarang Latif said, “Music is the beginning to existence.”

With the new music series, Latif aims to turn the most mundane and the most challenging moments of life into deeply resonating and indescribably divine experience.