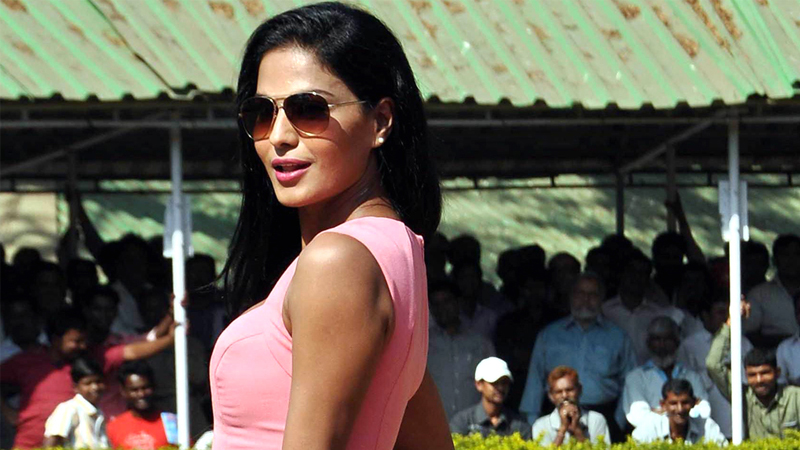 Actress Veena Malik trolled Indian Prime Minister Narendra Modi saying he might assume that IAF AN-32 aircraft did not crash but couldn’t be detected by the radars due to cloudy weather.

The AN-32 aircraft went missing on Monday while flying over Arunachal Pradesh with 13 persons including eight crew members and five armed forces personnel on board.

The actress took a jibe at the Indian PM through a Tweet by calling him a military scientist due to a statement he gave earlier that a cloud cover could actually hide Indian planes from the Pakistani radar system. He made these remarks during a television interview earlier.

Mocking his wisdom, Veena Malik assumed he might use the same ‘raw wisdom’ to explain the reason for the missing AN-32.

The aircraft which was scheduled to arrive at the Mechuka Advance Landing Ground in Arunachal Pradesh at 1:30pm took off at 12:25pm and lost contact at around 1pm with the ground station.

A search operation is underway to locate the aircraft. An IAF spokesperson said on Tuesday that “The SAR has resumed as the weather clears up. Two Mi17s and one ALH has already been deployed with the ground party of the Army and the ITBP. More assets may be deployed,” reported Indian Express.

Malik, who once also worked in India, has said in the past that she no longer wants to work in the neighbouring country.

On March 16, 2019, Malik had said that working in India taught her a lot and brought a lot of maturity but she no longer wants to work in the neighbouring country.

“The main reason is that no matter what you do and how much you work there, they’ll not remember you as one of their own, on the contrary, even if I die working here in Pakistan, this country will remember me,” Malik had said.

About her own journey into the Indian media industry, she said that she feels she was destined to go there and work and the experience has taught her lot.