Are Shia LaBeouf and Fka headed towards a split? 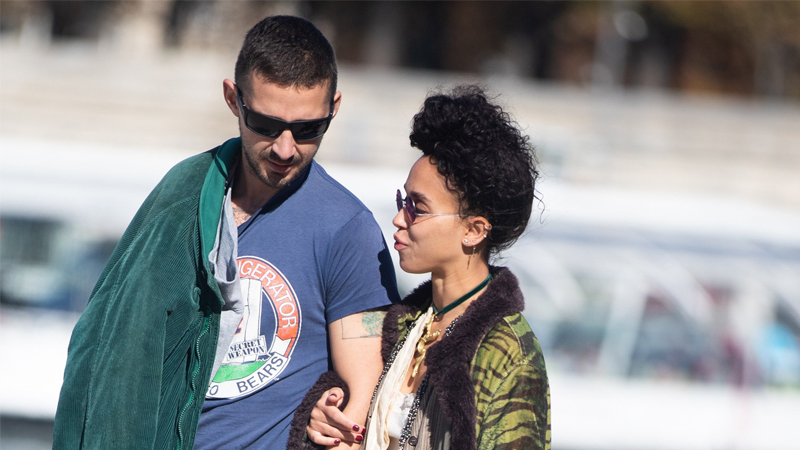 It seems like actor and filmmaker Shia LaBeouf and singer and songwriter Fka Twigs’ relationship is cooling off.

A source close to Fka Twigs tells E! News that the stars “have been taking time apart since May, because of her work schedule”. The 31-year-old is currently in the midst of her Magdalene Tour, which has taken her to cities across the world.

However, while it was once their work that united them, it appears that the singer’s dedication to her career might be keeping them apart.

“They both have put their relationship on hold. Twigs has been focusing on her tour and she wanted to put all of her heart and soul into it,” the source explains. “They are really up in the air right now and were waiting until all of her work commitments were fulfilled to figure it out.”

It is unclear if the pair will reunite, but the source adds that the pair’s “communication has been very minimal”.

“It’s been rocky between them for a month now,” the source describes.

Meanwhile, Shia LaBeouf appears to be finding comfort in the arms of a mystery woman. He and the brunette were spotted at Kanye West’s exclusive Sunday Service, where an eyewitness says they saw LaBeaouf’s companion “being cuddly towards him at one point in the service”

According to the eyewitness, “They seemed more than friends and it definitely seemed like they knew each other well.”

It’s been less than a year since the former Disney Channel star amicably split from his wife Mia Goth. At the time, rumours about LaBeouf’s relationship with his Honey Boy co-star began to circulate as they were frequently spotted together.

Like the old saying goes: all is Even Stevens in love and war.