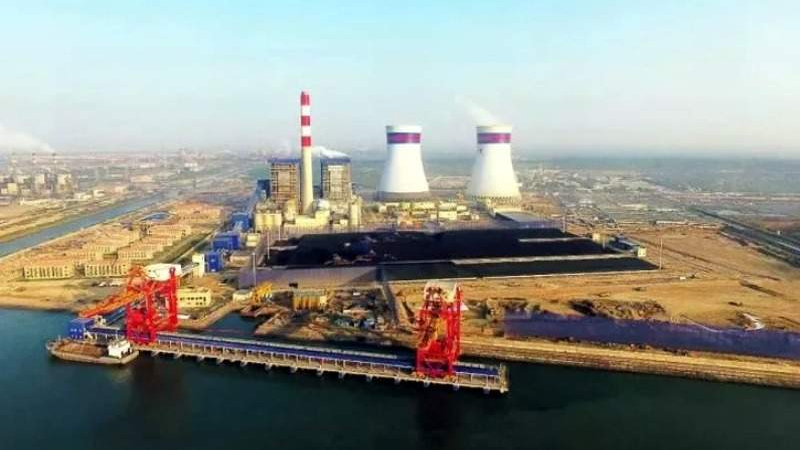 Port Qasim Coal-fired Power Project is jointly developed by Power China Resources Limited (51% shares) and Al Mirqab Capital (49% shares), which is one of the largest Priority Implementation Projects in the energy sector of the China Pakistan Economic Corridor (CPEC). The Project is located in the Port Qasim Industrial Park, 37 km southeast of Karachi, and consists of plant, jetty and channel. The Plant adopts the world’s leading technology – supercritical thermal technology with gross capacity of 2*660 MW. The construction work commenced in May 2015 with the power generation of the 1st unit to be scheduled at the end of December 2017, and Commercial Operating Date (COD) will be reached in June 2018.

The total investment of Project is approximately 2.085 billion USD, with the ratio of equity and debt approximately 25%:75%. Debt will be arranged by the sponsors from the Export-Import Bank of China (China EXIM Bank), without increasing the financial burden of Government of Pakistan. The Investment Agreements were signed under the witness of H.E. Mr. Xi Jinping, President of the People’s Republic of China and H.E. Mian Muhammad Nawaz Sharif, Prime Minister of the Islamic Republic of Pakistan during President Xi’s visit to Pakistan in April 2015, and financial closing was reached in December 2015.The Port Qasim coal-fired power plant consists of two 660MW supercritical units, which each include a boiler, steam turbine and generator. The single reheat, once-through boiler features a regenerative tri-sector rotary type air pre-heater. The steam turbine is a supercritical, reheat-type turbine capable of operating at a speed of 3,000rpm. The generator operates at a voltage of 22kV and speed of 3,000rpm.The 285t main transformer is a single-phase oil-immersed and double-winding transformer with forced-directed oil and forced-air cooling system. The main powerhouse is 167.50m-long and comprises 17 column spacing, as well as an expansion joint. It consists of a turbine house, deaerator bay, bunker bay, boilers, and central control building. Light fuel is used for the unit start-up, which can be unloaded in Port Qasim and then forwarded to the power plant by road. The start-up and standby power supply of the units are connected by a 500kV bus in the power plant.