Ayatollah Ruhollah Khomeini was an austere and charismatic cleric who remains an icon 30 years after his death for standing against the West and bringing down Iran’s monarchy, but also for his revolutionary ideas about Islam´s role in politics.

The black-turbaned Shiite scholar spent more than 14 years in exile before returning to his homeland in 1979 at the age of 76, two weeks after mounting protests forced the shah to flee into his own exile.

Ruhollah, whose name means “spirit of Allah”, was born in 1902 to a family of religious clerics in Khomein in central Iran, and later adopted his hometown’s name.

He was only a few months old when his father was murdered because of his opposition to the imperial regime.

Brought up by his mother and aunt, he undertook religious studies, notably in the Shiite holy city of Qom, south of Tehran.

In 1929, he married a 16-year-old girl with whom he had three daughters and two sons.

He mastered philosophy along with Islamic law and jurisprudence and started teaching, gaining a reputation for his knowledge and moral rigour.

He also studied less traditional aspects of Shiism, including the mystical strain of “erfan”, and composed his own poetry.

By the late 1950s he was being considered an ayatollah, which means “sign of God” and designates a high-ranking Shiite cleric, though he found himself increasingly at odds with a religious establishment that preferred to stay out of politics. 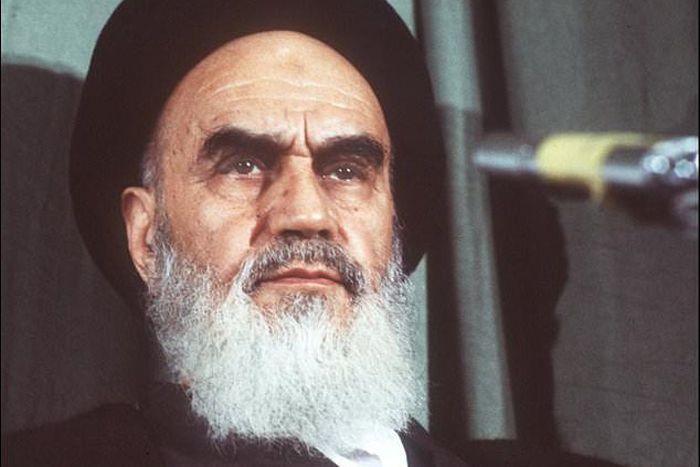 Khomeini became a fierce opponent of the pro-Western shah, Mohammad Reza Pahlavi, particularly over a series of agricultural and social reforms that threatened the land-owning elite and their clerical allies and sought to grant women the right to vote.

In an inflammatory sermon in 1963, Khomeini warned the shah that he risked being overthrown by the people if he continued along his reformist path — a speech that led to his imprisonment.

A year later, he was forced into exile following a vehement outburst after the shah had given diplomatic immunity to US military personnel.

He went first to Turkey and then to Iraq in 1965, where he set up base in the Shiite holy city of Najaf.

It was here that he developed his doctrine of velayat-e faqih (guardianship of the jurist), declaring all forms of monarchy unjust and stating that political leadership should be in the hands of religious judges as the only people with the authority to interpret and implement divine law.

Expelled from Najaf by Iraqi authorities, Khomeini moved to France in 1978, leading the last stages of the Islamic revolution from a Paris suburb. His fierce diatribes against the shah were recorded on cassettes and smuggled into Iran, where the bloody repression of demonstrations was bringing ever larger numbers of people into the streets.

As the protests grew, the shah fled Tehran on January 16, 1979. And on February 1 “the flight of the revolution” brought Khomeini back in triumph. The Islamic republic was proclaimed on April 1.

Throughout the 1970s, Khomeini adopted some of the left-wing rhetoric popular among students and activists, defining the movement against the shah as one of oppressed masses taking on a tyrant.

In this, he could draw on centuries of Shiite symbolism around martyrdom and resistance that gave his message mass appeal.

He had another priority: ousting the United States — the shah’s main ally — which he labelled the “Great Satan”.

In November 1979, radical student followers of Khomeini held 52 US diplomats and citizens hostage at the US embassy in Tehran for 444 days. Although it was not immediately directed by Khomeini, he saw an opportunity to ensure the revolution maintained its radical direction, and relations with Washington have never recovered.

At the end of 1979, Khomeini was made the “leader” (“rahbar”) after the new constitution of the Islamic Republic of Iran was enacted, based on his doctrine of velayat-e faqih.

A rapid process of Islamisation was thrust upon Iranian society – and the revolutionary fervour was viewed with concern by neighbouring dictators.

In 1980, Iraq’s Saddam Hussein sought to exploit the upheaval in Iran and launched a war to seize territory and prevent the spread of the revolution among his own majority-Shiite population.

Iran’s nascent revolutionary government put up a surprisingly effective defence, but was dragged into eight long years of conflict before Khomeini reluctantly accepted a ceasefire.

The nation was devastated by the conflict, but it greatly strengthened the Islamic system, which triumphed over Marxist and liberal internal opponents.

Weakened by prostate cancer, Khomeini issued a fatwa — a religious edict — shortly before he died on June 3, 1989.

He called for the death of British writer Salman Rushdie for the novel “The Satanic Verses”, which the ayatollah considered blasphemous — ensuring the Islamic revolution remained a defiant challenge to the West.