Who won WWII? Russia’s role gets short shrift in France

Overlooking the absolutely critical role of the Soviet Union is absurd 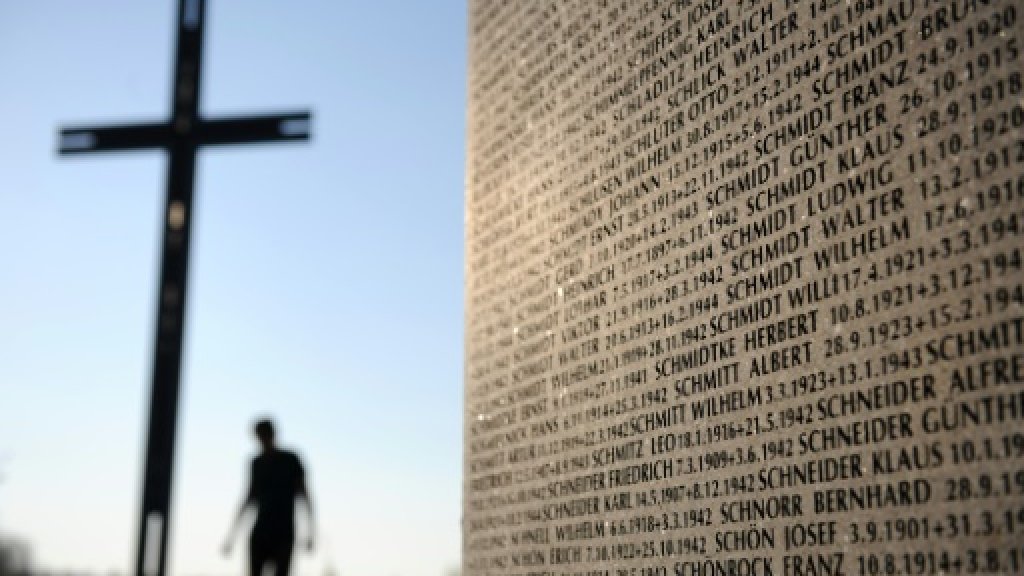 PARIS: When world leaders gather for D-Day commemorations, Vladimir Putin’s absence will be a sign of how Russia’s huge sacrifices in World War II have gone missing in most French minds.
It’s a striking reversal from 75 years ago, when the Soviet contribution at a cost of 27 million dead soldiers and civilians was hailed by the French as the biggest factor in Germany’s defeat.
Just after the European fighting ended in May 1945, a poll by the French survey group Ifop found that 57 percent of the French thought Moscow had contributed the most to the war effort, compared with just 20 percent who named the United States.
But by the 60th anniversary of the Normandy landings by Allied forces in 2004 — when Russia was represented for the first time, by Putin — the figures were reversed, with just 20 percent putting the Soviet Union first.
Instead, 58 percent lauded the US, even though its total losses of 400,000 in both the European and Pacific theatres were just a small fraction of the dead in the Soviet Union.
“From a purely historical point of view, overlooking the absolutely critical role of the Soviet Union is absurd,” said Denis Peschanski, a senior research fellow at France’s CNRS institute, who has long studied the evolution of France’s collective memory of the war.

Hollywood effect
While the Molotov-Ribbentrop pact initially established neutrality between Moscow and Berlin, Hitler’s 1941 invasion of the Soviet Union led to brutal fighting and sieges of Russian cities until Stalin was able to mount a counterattack.
The fierce Russian offensives battered Germany’s military might while immobilising millions of Nazi soldiers who might have reinforced the Atlantic coast.
“In 1945, the great ally was Stalin and the USSR — their role was absolutely clear for the French,” said Stephane Grimaldi, director of the Caen Memorial Museum for World War II in Normandy.
“But 50 years later, it’s the US that won, for the very simple reason that in the meantime we had the Cold War,” he said.
Hollywood also helped change perceptions with a string of hit films starting in the 1960s showing brave Americans fighting far from home.
“If you look at way it has been portrayed in popular culture, it’s all about the battle in France and the Battle of Britain, but World War II was overwhelmingly Germans and Russians killing each other,” said Jeremy Shapiro from the European Council on Foreign Relations.

Hearts and minds
For decades, French presidents didn’t officially commemorate the D-Day landings, when 150,000 Allied soldiers stormed France’s Atlantic coast by sea and by air.
French Resistance hero and president Charles de Gaulle refused to honour the Allied operation in which he was relegated to a secondary role.
Upon entering Paris in 1944, he cheered a city “liberated by itself, liberated by its people” — despite the lines of British and American tanks behind him
“De Gaulle wanted first and foremost to re-establish France’s sovereignty, and that meant getting the Americans out,” Grimaldi said.
His anti-American tendencies were echoed by France’s Communist Party, which wielded tremendous postwar influence thanks to its role in the Resistance.
The communists regularly reminded voters in the post-war period of the Red Army’s contribution.
But Soviet repression behind the Iron Curtain steadily eroded support for them — just as the US was shaping its own narrative of how the war was won, on the silver screen.
“A film that had an absolutely essential role in the ’60s was ‘The Longest Day’,” Peschanski said. “It puts the spotlight on the Americans and the French Resistance, and it was a phenomenal success.”
Just over 30 years later, another D-Day film gave the heroic American account to new generations on both sides of the Atlantic — Steven Spielberg’s “Saving Private Ryan” from 1998.
“The Cold War isolated the Russians, and it isolated the Russian story” of the war, Grimaldi said.
“The hero is now the nice American, it’s John Wayne, and he’s the one who’s going to save Europe, not the Russians.”

‘Should be in front row’
America’s role in liberating Europe got a further boost when president Francois Mitterrand became the first French head of state to hold D-Day ceremonies at the Normandy beaches in 1984.
US president Ronald Reagan attended the commemoration, which would become a major world event just as the Soviet Union was collapsing.
Yet even as the war ended, gratitude to Russia hadn’t totally eclipsed France’s admiration for the US, with GIs getting rapturous welcomes as they fought their way across the country.
Asked in a 1944 poll which country they would visit if they could, 43 percent of Parisians picked the US, while just 13 percent chose the Soviet Union.
Russia’s image has been tarnished further under Putin, whose relations with the West nosedived after he ordered troops into neighbouring Ukraine in 2014 to annex Crimea.
“Putin’s not being invited has nothing do with World War II, it’s about today,” Peschanski said.
“If the goal was to talk about the past, the Soviet Union and its heirs, which means Putin, should be in the front row alongside the Americans and the British.”