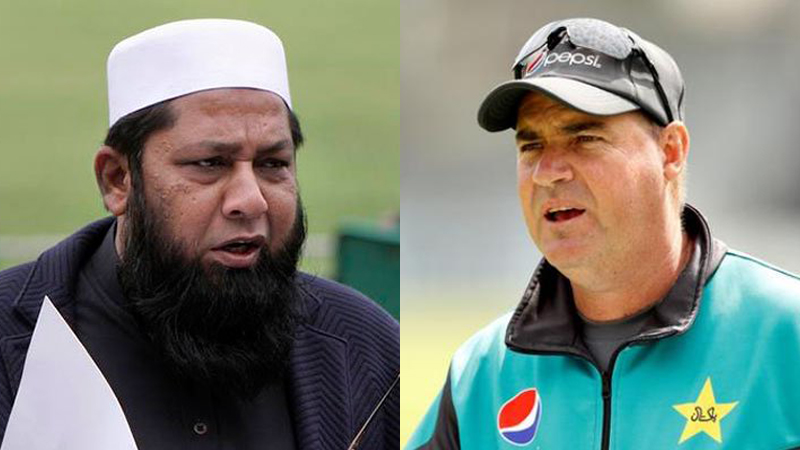 The Pakistan Cricket Board (PCB) in a statement on Wednesday strongly refuted media reports that suggest the board has decided to part ways with chief selector Inzamamul Haq and coach Mickey Arthur. The news regarding the cricket board’s purported decision to not renew Inzamam and Arthur’s contracts emerged a day earlier after a source in the PCB spoke to an Indian news agency. According to the source, former captain Aamir Sohail was being considered as the chief selector in place of Inzamam whose three-year contract will end in July. The PCB yesterday ‘reminded all stakeholders that it had clarified a few weeks ago that the future of the chief selector, coach and the player support personnel will be reviewed following the ICC Cricket World Cup 2019,’ insisting that there has been no change to that position.

“It is disappointing that a foreign news agency, attributing an unnamed PCB official, released a factually incorrect and baseless story,” said the statement, terming it ‘unfortunate’ that local media published it ‘without carrying out due diligence or fact-checking.’ “At a time when the entire country and Pakistan cricket fans are getting behind the national side, the release and subsequent publication of a factious story, such as this one, seems to be an attempt to derail the Pakistan cricket team’s campaign in the ICC Cricket World Cup by creating unnecessary disturbance in camp. The PCB has fully backed and supported the chief selector, coach and player support personnel, and will continue to do so at the upcoming tournament. The PCB further clarifies that there has been no discussion or decision on the future management of the Pakistan cricket team, which will only be reviewed following the ICC Cricket World Cup 2019,” the statement added.