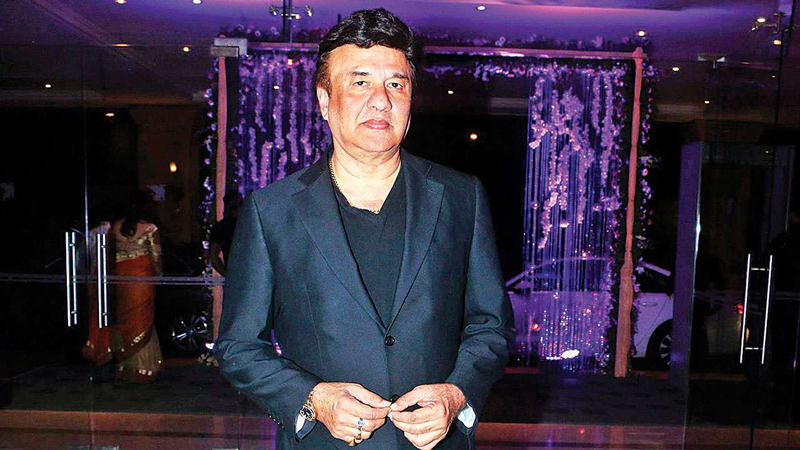 When the #MeToo Movement picked up in India, music director and singer Anu Malik was removed from the jury panel of ‘Indian Idol’ last year as he was accused of sexual misconduct.

Now, there is a buzz about his return to the singing-based reality show as a judge.

Asked if the makers of the show had approached him to join back as a judge, Anu Malik told IANS over phone, “Right now, I’m at a recording. All I can say at this point of time, no comments.”

According to a source, the auditions will begin soon. There’s no confirmation whether the makers will bring Malik back on the show or not, but Vishal Dadlani and Neha Kakkar are expected to return and perform their judging duties in the upcoming season of ‘Indian Idol’.

In October 2018, Malik had been accused by singers Sona Mohapatra and Shweta Pandit, who called him a “paedophile” and a “sexual predator”.

He had denied the allegations that he sexually harassed singer and actress Shweta Pandit.

“The allegations made against my client are emphatically denied as completely false and baseless. My client respects the #MeToo Movement, but to use this movement to start a character assassination mission is obnoxious,” his lawyer Zulfiquar Memon had told IANS. Malik’s an Indian National Award and Filmfare Award winning music director, who primarily composes music for the Hindi film industry.

Known as one of the mega music composers of 1990s in India, Malik made his debut as a music composer in 1980 with the film ‘Hunterwali 77’. He’s also the only music director in Bollywood to win a Filmfare Special Award.

As a music director, he has composed music for various genres of films and has created several commercially successful songs for the Hindi film music industry. Malik’s known for the use of the tabla in his songs, including “Taal Pe Ja”‘ and “Mere Humsafar” from the film ‘Refugee’, “Tumse milke dilka jo haal” from ‘Main Hoon Na’, “Eli Re Eli” from ‘Yaadein’ and “Baazigar O baazigar” from the film ‘Baazigar’.

In 1993, Malik created the songs for Mahesh Bhatt’s ‘Sir’ and ‘Phir Teri Kahaani Yaad Aayi’, along with music for ‘Baazigar’, ‘Main Khiladi Tu Anari’ and ‘Akele Hum Akele Tum’. Later, his music for ‘Virasat’ and ‘Border’ and his songs for Indra Kumar’s ‘Ishq’ were commercially successful. This was followed by the music for ‘Jaanam Samjha Karo’, ‘Baadshah’, ‘Josh’, ‘Refugee’, ‘Har Dil Jo Pyaar Karega’ and ‘Fiza’.