US occupation obstacle to Afghan peace: Taliban delegates in Moscow 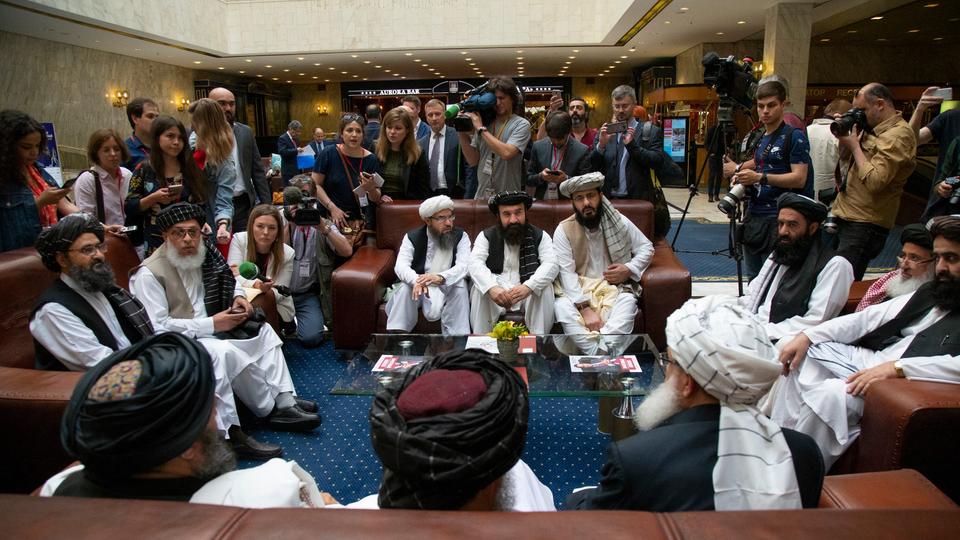 MOSCOW: A Taliban delegation met a group of senior Afghan politicians in Moscow on Tuesday, insisting that international forces must leave Afghanistan for peace to be agreed, amid gathering diplomatic efforts to end the 18-year war.

The Taliban delegation was led by chief Taliban negotiator Mullah Baradar Akhund who met with politicians and senior regional leaders as well as with candidates challenging President Ashraf Ghani in this year’s presidential election. Taliban officials have been talking to US diplomats for months about the terms of withdrawal of more than 23,000 US and NATO coalition troops from Afghanistan and have reached a draft agreement on some issues but no new date for the next round of talks has been set and many obstacles remain. Chief among these is the Taliban refusal to deal directly with President Ashraf Ghani’s Western-backed government in Kabul, which they dismiss as a “puppet” regime.

“The Islamic Emirate wants peace but the first step is to remove obstacles to peace and end the occupation of Afghanistan,” Baradar said, appearing openly on television in what appeared to be a calculated move to establish his legitimacy as one of the main public faces of the Taliban.

Mohammad Karim Khalili, head of the High Peace Council, the main body charged with pursuing peace efforts, said dozens of people were being killed in fighting every day and it was time for a “dignified and just mechanism” to end the bloodshed.

Meetings between the Taliban delegation and political figures not formally associated with the government have been seen as a way of preparing the way for full negotiations later. But those contacts are regarded with deep suspicion by many Afghan officials who see them as undermining the legitimacy of the government while reinforcing the position of the Taliban.

The group of politicians attending the ceremony to mark the centenary of the establishment of diplomatic relations between Afghanistan and Russia included many of Ghani’s most powerful political adversaries.

Atta Mohammad Noor, the former governor of the northern province of Balkh and a leader of the mainly ethnic Tajik Jamiat-e Islami party, said it was in the interests of all sides to establish a good understanding.

“We want to have good relations with the Taliban and we expect peace from them,” he said.