WHO team to investigate HIV outbreak in Larkana 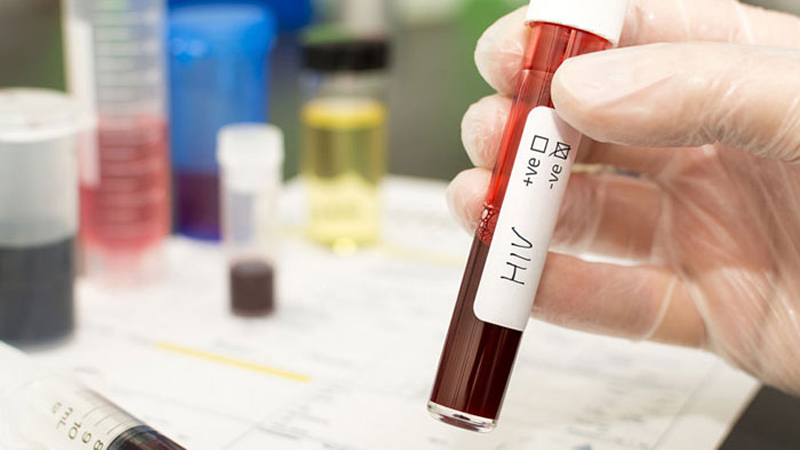 Minister of State for National Health Services, Regulations and Coordination Dr Zafar Mirza Sunday said a 10-member team of the World Health Organisation (WHO) will visit Pakistan to investigate the outbreak of HIV in Larkana.

Addressing a press conference here in the federal capital, the minister said after reviewing the situation, the federal government has contacted the WHO Headquarters and sought their technical and professional support to investigate the HIV outbreak. He added that based on the request, a WHO high-level mission is coming to the affected area. He said the decision to invite international experts has been made to exactly review the situation, ascertain the causes and seek advice on mitigation measures and ways and means to avoiding future recurrence.

He said so far 21,375 people have been screened, out of which 681 people have been identified as HIV positive with case detection rate of 3.2%. He said the most striking feature of this outbreak is the fact that children between the ages of 2-5 years are the most infected, followed by age group 6-15 years. He said the federal government has assured the Sindh government of support in provision of HIV test kits, diagnostics, living support and establishing three more treatment centres in Mirpur Khas, Nawab Shah and Hyderabad.

The minister said his ministry has started communications with various United Nations agencies for a proper follow-up and support to the outbreak and accordingly a high-level meeting has been convened with all the UN agencies, civil society organisations and Sindh AIDS Control Program (SACP) to deliberate upon the outbreak situation in Ratodero and coordinate a joint response.

He said the National AIDS Control Program (NACP) is supporting the provincial program in the areas of blood screening and HIV treatment, adding that the NACP is also providing assistance and support in specialised HIV investigations like CD4 (Lymphocyte) count and viral load testing by providing additional supplies and CD4 machines to Larkana.

One cause being investigated by authorities is the use of ‘unsafe syringes’ on patients. “Initial investigations reveal that used syringes are being re-packed, which may not only grow significantly the number of HIV cases but also other diseases,” Mirza said.

Provincial health officials have also noted that patients are at particular risk of contracting diseases or viruses at these clinics, where injections are often pushed as a primary treatment option. “The government will get to the bottom of the outbreak and fully assist the provincial government to provide treatment to all patients,” Mirza said. “Prime Minister Imran Khan is going to unveil drastic measures to prevent the disease once we ascertain the cause of the spread of disease,” he said. Parents in the area fear their children’s futures have been irreparably harmed after contracting HIV, especially in a country whose masses of rural poor have little understanding of the disease or access to treatment.

Nisar Ahmed, the father of one of the affected baby girls aged just one, said, “We are told to go to Larkana for medicine. I curse the doctor who has spread this disease to every child. Four of the children of my village have already been diagnosed HIV positive.”

Pakistan was long considered a low prevalence country for HIV, but the disease is expanding at an alarming rate. With about 20,000 new HIV infections reported in 2017 alone, Pakistan currently has the second fastest growing HIV rates across Asia, according to the UN. “According to some government reports, around 600,000 quack doctors are operating across the country and around 270,000 are practising in the province of Sindh,” according to UNAIDS.