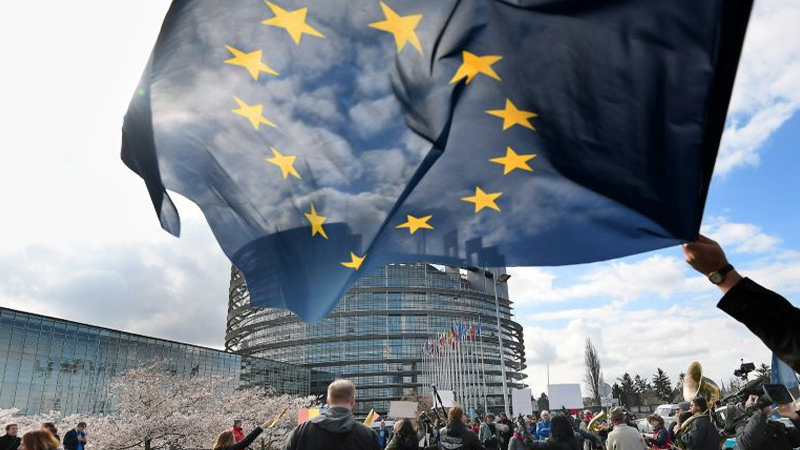 Europhiles had reason to cheer from an exit poll in Ireland that suggested Prime Minister Leo Varadkar’s Fine Gael party, which is committed to closer EU integration, was in the lead.

That came on top of an exit poll in the Netherlands on Thursday that indicated Dutch parties also committed to the EU were likely headed for a surprise win.

Those early indications undermined to a degree coverage before the start of the four-day contest across the EU that spoke of a possible rise of anti-establishment parties.

More than 400 million people are eligible to elect 751 MEPs continent-wide, with the first official results to be announced late Sunday once voting in all 28 member states has been completed. The Netherlands and Britain, where Prime Minister Theresa May finally announced her departure Friday following a months-long Brexit crisis, kicked off voting on Thursday. Italy will be the last country to close polls late on Sunday.

“To all our friends across Europe still campaigning, this one is for you too!” said Dutchman Frans Timmermans, the lead socialist candidate and one of the main pretenders to replace European Commission chief Jean-Claude Juncker.

“Keep going! Keep believing! We can do this!,” he said on Twitter after his party’s apparent victory.

Turnout will remain a major concern in the EU vote that has sparked little enthusiasm since its first edition in 1979, with eastern Europeans historically the least motivated to go to the polls.

Authorities are also concerned by disinformation campaigns on social media by outside actors — notably Russia — trying to influence the outcome.

Activists say Facebook has closed news pages and scrapped accounts in its effort fight back fake news and avoid the embarrassing scandals that followed the US election of Donald Trump in 2016.

Around the continent, pro-European leaders are seizing on the surprise in the Netherlands to mobilise their supporters to resist a populist gain, with opinion polls indicating nationalist parties lead in France, Italy and Hungary, among others.

Brussels feared a good showing for the eurosceptics would disrupt decision-making in the EU and threaten reform efforts, including on trade, migration and the economy.

‘We’re going to hold our nerve’

Such concerns were reflected among Irish voters.

“The rise of anti-Europeanism, and the right is quite frightening in some parts of Europe, so I am voting to support Europe,” said Fiona Corbett outside a Dublin polling station.

“I think that being part of Europe has been mutually beneficial.”

The exit poll for the TV channels RTE and TG4 showed Fine Gael candidates in the lead in two of Ireland’s three constituencies, while the Greens topped preferences in the third.

As he cast his vote in Dublin on Friday, Varadkar warned that Brexit was entering a “very dangerous” phase following the resignation of May as a more hardline politician could replace her.

“But whatever happens, we’re going to hold our nerve.

“We’re going to continue to build and strengthen and deepen our alliances across the European Union and we’ll make sure that we see Ireland through this,” he said.

Eurosceptic forces were hoping for a stronger showing elsewhere.

Polls give her RN party a slight edge, with around 23 percent support.

The Brexit Party, which was only set up this year by veteran eurosceptic MEP Nigel Farage, is expected to score a resounding victory in the UK vote. Britain was never meant to take part in the elections but May was forced to trigger the vote after delaying the planned Brexit date of March 29 after parliament refused to approve the divorce deal.

Even if they do well in some places, eurosceptics were not expected to sweep the whole bloc, with voters from Spain to the former Soviet Baltic states indicating solid backing for the EU.

But a rant by star YouTuber Rezo against Merkel went viral, urging the “destruction” of the CDU for making policies for the rich while failing to act on global warming.

Mainstream parties across Europe have clung on to climate change as a rallying cry — spurred in part by a wave of student strikes across the continent.