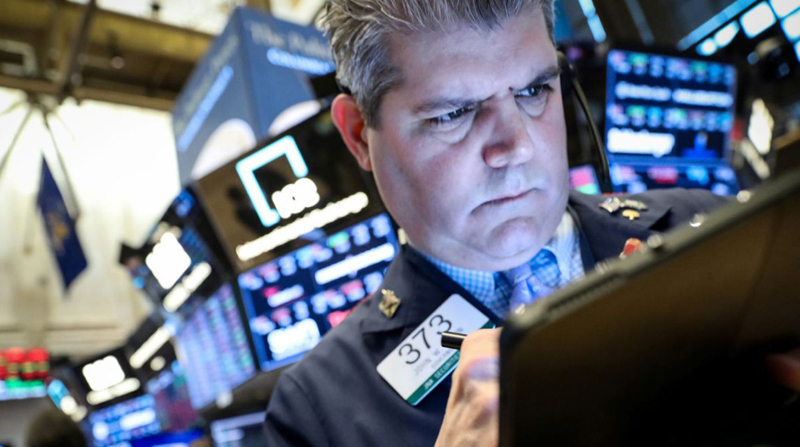 Trade headlines could be a big factor for markets in the week ahead, but investors will also be attuned to fresh inflation data and moves in the bond market, which is flashing new worries about the economy.

Stocks were on a roller coaster ride in the past week, as markets reacted to worsening trade tensions and concerns that negotiations could be prolonged, causing pain for the global economy. But the bond market’s move was perhaps even more dramatic, as yields, which move opposite of price, fell to levels last seen in 2017, and the futures market began to price in three Fed interest rate cuts by the end of next year.

“There’s not a lot of economic data next week, so events hang over us,” said Marc Chandler, chief global strategist at Bannockburn Global Forex. “It’s more about the evolution of old issues than new issues, like trade and Brexit.”

Brexit will continue to be a focus in global markets. U.K. Prime Minister Theresa May stepped aside Friday after failing to get agreement on a plan for the U.K. to leave the European Union. Chandler said investors will be watching the jockeying among candidates hoping to succeed Prime Minister May, with hard line Brexit proponent Boris Johnson expected to seek the job, among others.

As for trade, Chandler said it’s possible that President Donald Trump’s comments that Huawei could be part of a trade deal may be the start of a new approach by the administration to tone down its rhetoric. The telecom giant has been blacklisted by the US and is expected to be denied access to US components for its equipment.

“In some ways, it’s a headline problem. We think of it more as event risk,” said Nadine Terman, CEO and CIO at Solstein Capital. “China thinks in dynasties and US investors seem to think in durations of days and months, so I think we are misunderstanding the duration of their negotiating strategy.”

She said the issues between the two countries go way beyond trade and extend to China’s military aspirations in the South China Sea and its global campaign of influence through the Belt and Road initiative, Chinese President Xi Jinping’s signature program.

“It’s now become more nationalistic, emotional, to say: ‘We’re going against the US and we’ve got to be in it for the long haul.’ I don’t think you have the same emotion here in the US You don’t have the same nationalistic pride to say ‘we have to fight China at all cost,'” she said.

In the past week, Wall Street increasingly began to expect the Trump administration to turn up the pressure on China with another wave of 25% tariffs on the $300 billion or so in goods remaining that have no tariffs. Those tariffs would directly hit American consumer goods and are expected to take a bigger bite out of the economy.

Fears of a trade war hurting global growth and concerns that the US is already beginning to weaken were evident in the bond market. Treasury yields reflected lowered growth expectations. The 10-year hit a low of 2.29% on Thursday and was at 2.32% Friday.

J.P. Morgan economists Friday downgraded their view of the economy, slicing second quarter growth to just 1% from an earlier forecast of 2.25% and first quarter growth of 3.2%. The economists blamed weak US manufacturing data and said risks were signs of weakness in the global economy and also indications that the trade war was hurting business sentiment.

“The concerns the markets have right now are that we’re moving towards a worst case scenario, and that could persist for quite some time,” said Mark Cabana, head of US short rate strategy at Bank of America Merrill Lynch. “If that’s the case, then the market is believing economic data, and the Fed will likely need to respond to that by trying to offset and prevent a recession.”

The most important data point in the coming week will be Friday’s personal consumption expenditures, which includes the PCE deflator inflation data that the Fed monitors. It was at 1.6% year-over-year last month, and is expected to be the same for April, well below the Fed’s target of 2% inflation.

Inflation has become a key focus on Wall Street, particularly after Fed Chair Jerome Powell said low inflation appears to be transitory and not enough of a concern to make the Fed cut interest rates. Powell and other Fed officials have stressed the Fed is pausing in its rate hiking cycle, is monitoring the economy and does not yet know which way it will move next.

Solstein Capital’s Terman said she is watching the PCE inflation report to see if it confirms her view that inflation and the economy will be weaker this summer.