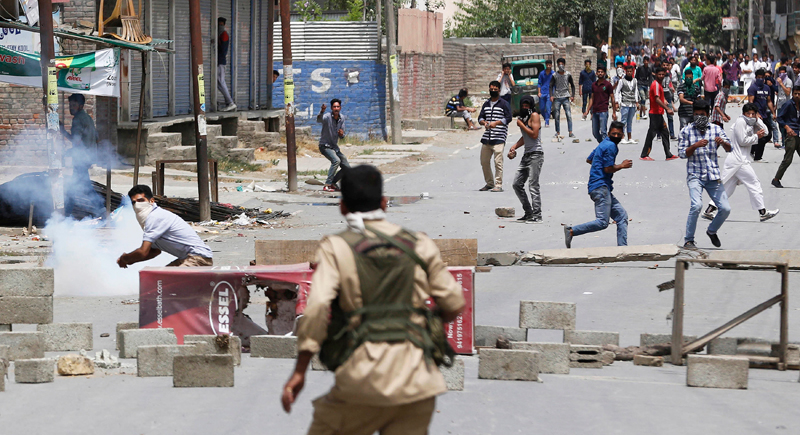 Zakir Musa was killed Thursday evening in a gunfight after police and soldiers launched an operation in the southern Tral area, said Col Rajesh Kalia, an Indian army spokesman.

Musa refused to surrender and fired grenades at the troops after they zeroed in on his hideout in a civilian home, police said. His killing triggered violent anti-India protests in many places. No one was immediately reported injured.

Authorities cut off internet on mobile phones in a common tactic to make organising anti-India protests difficult and discourage dissemination of protest videos. They also imposed a curfew across much of the valley, including in the main city of Srinagar, in anticipation of more protests and clashes, and ordered schools and colleges to remain closed. In mid-2017, an Al-Qaeda linked propaganda network had said Musa joined an affiliate group, Ansar Ghawzat-ul-Hind, as its head. He had left Kashmir’s largest indigenous group, Hizbul Mujahideen, and was believed to be joined by less than a dozen others. He instantly became a media sensation, particularly with New Delhi-based television news channels using him to showcase that Kashmiri struggle is part of a global militant agenda. All Kashmir groups rejected Musa and his Al-Qaeda affiliate, some even calling him inimical to their cause. Musa was a close aide of Burhan Wani, a charismatic Kashmiri leader whose killing in 2016 triggered open defiance against Indian occupation.