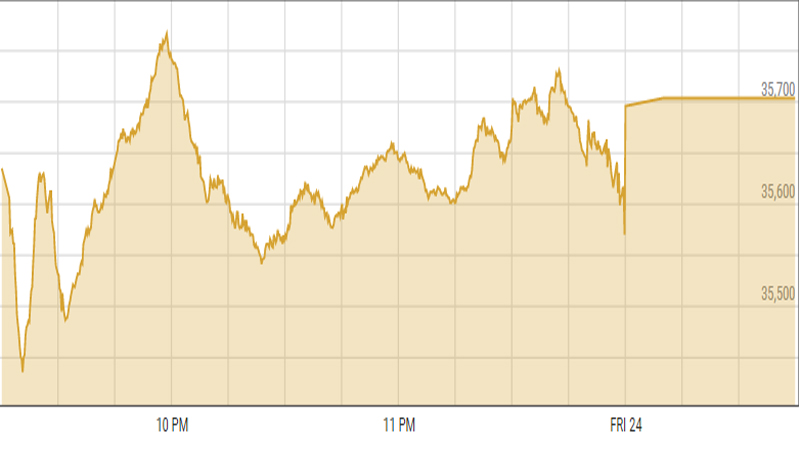 The stock market experienced a mixed trading session on Friday as the benchmark index oscillated between red and green zones and ended the day marginally positive by 122.47 points.

Profit booking up to some extent was witnessed at the local bourse where the index made an intraday high of +185 points vs. intraday low of -145 points.

An equity analyst at IIS Securities said after the excitement of the past two days where KSE 100 Index gained 6.4 percent, Friday’s session remained mixed with investors booking profits.

Fertilisers were the major contributors to the index’s gains Friday followed by cements. Overall, index closed at the 35,703.81 level after gaining 122.47 points.