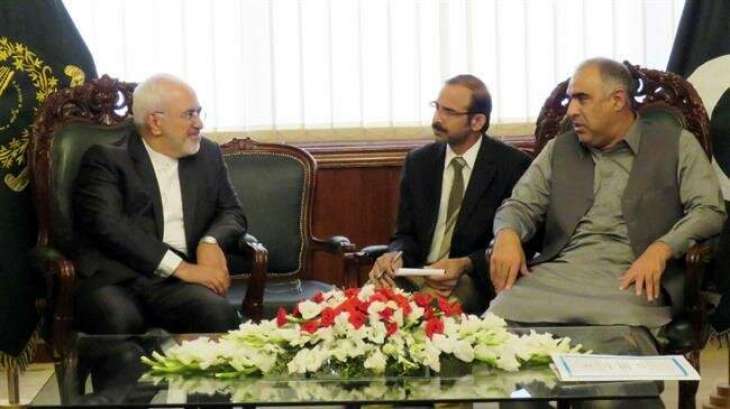 Held in a cordial atmosphere, the meeting deliberated upon ways and means to further intensify Pak-Iran relations besides forging unity amongst the Muslim Ummah.

The speaker welcomed the Iranian minister and underlined the importance that both the people and government of Pakistan attached to its longstanding brotherly relations with Iran.

Speaker Qaiser expressed his deep concern over the recent tension in the Gulf region, which posed a treat to regional peace and stability.

He added that all sides needed to exercise restraint and a solution may be found for amicable resolution within the framework of international law.

Qaiser also reiterated Pakistan’s support for Joint Comprehensive Plan, which serves an excellent example of a negotiated settlement of complex issues through diplomacy and dialogue.

Referring to his interaction with his Iranian counterpart Dr Ali Larajani, the speaker claimed that there was a broader consensus to strengthen Pakistan-Iran ties by enhancing parliamentary interaction and cooperation.

The speaker also talked about the ongoing Pak-Iran cooperation in diverse sectors.

He maintained that immense economic potential remained untapped on both sides, which needed to be utilized for mutual benefit.

Qaiser also expressed his satisfaction on the cooperation between law enforcement of the two countries, which had substantially led to a decrease in the insurgency, along both sides of the borders.

He further maintained that the military operation would continue until terrorism was exterminated from the Pakistani soil.

The Iranian Foreign Minister, in turn, thanked the speaker for his sentiments and held that Iran had a special affection for their Pakistani brethren. Iran was said to strongly believe in the need to further strengthen these relations.

He noted that continuous interaction between the political and parliamentary leadership from both countries would help further cement Pak-Iran relations.

Dr Zarif also briefed the speaker regarding the role that foreign countries were playing to implement the Joint Comprehensive Plan.

He continued that Iran would exercise restraint yet not allow anyone to wage an economic war against its interests.

Minister Zarif expressed confidence in the concerted efforts by all concerned and hoped that they would translate to a peaceful resolution of the ongoing crisis.

Muslim leaders should play their role for bringing Ummah on the same page to counter common threats and challenges, the Iranian minister asserted.

He thanked Pakistan for the diplomatic support extended to Iran, regionally and internationally.