Populists looking to cause upsets as EU elections begin 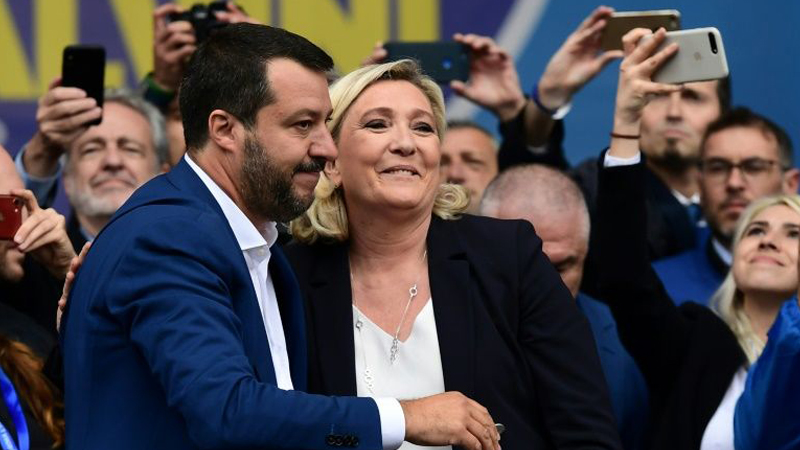 Populists are hoping to cause upsets across the EU as the European Parliament elections got under way on Thursday in polls that could challenge the Brussels consensus.

Britain and the Netherlands kicked off four days of voting across the continent in a contest in which rising populist forces are hoping to make significant gains, threatening closer EU integration.

Polls opened within half an hour of each other in the two countries early Thursday, with the first results not announced until late Sunday once voting in all 28 EU members has been completed.

More than 400 million voters across the bloc are eligible to elect 751 MEPs — with Britain unexpectedly included.

Having voted to leave the EU in a seismic referendum in 2016, Britain was originally meant to depart on March 29 and therefore not take part in these elections.

But its MPs have not been able to agree on a divorce deal and Britain now finds itself in the absurd situation of electing lawmakers to an institution it is planning to leave.

The Brexit Party, formed only this year by eurosceptic figurehead Nigel Farage, is leading the latest British opinion polls by a solid margin.

“We are attempting a peaceful political revolution in this country,” he told the party’s final rally on Tuesday.

Once best known for naked Instagram selfies and controversial comments about women, Baudet, 36, stunned Europe in March when his Forum for Democracy became the biggest party in the Dutch senate.

Around the continent, national leaders are scrambling to mobilise their supporters to resist the populist surge.

These are the ninth European parliament elections since they began in 1979 and voter turnout has dropped each time, hitting 43 percent in 2014. European governments fear a good showing for eurosceptics will disrupt Brussels decision-making.

Le Pen wants to strike a blow to Emmanuel Macron’s faltering French presidency by overtaking his centrist, pro-European party Republic on the Move.

Polls give the RN party a slight edge.

“Everything has changed,” she told AFP.

“Before we were on our own on the European scene… we didn’t have any allies. But in the space of a few months, a whole range of political forces have risen up in spectacular fashion,” she said.

Meanwhile in Britain, the rise of Farage is adding to the pressure for Prime Minister Theresa May to announce her resignation in the days to come over her failure to deliver Brexit on time.

The British leader’s woes were made worse Wednesday when her representative in parliament Andrea Leadsom quit, putting May’s government under further strain.

However, the strong showing by eurosceptics is not expected to sweep the whole bloc, with voters from Spain to Ireland and the former Soviet Baltic states showing solid backing for the EU.

The latest Eurobarometer survey commissioned by the European Parliament found 61 percent of respondents calling their country’s EU membership a good thing — the highest level since the early 1990s.

The polls will open on Friday in the Czech Republic and Ireland, and on Saturday in Latvia, Malta and Slovakia.

But most countries will be voting on Sunday, with the results expected overnight into Monday.

Nine different projections this month predict that the EPP, the main centre-right bloc in the assembly, will come out with the most seats ahead of the main centre-left PES bloc and then the ALDE liberals. Former Luxembourg prime minister Jean-Claude Juncker is stepping down after five years as president of the European Commission.

EPP leader Manfred Weber is their candidate to replace him, while the PES is putting up former Dutch foreign minister Frans Timmermans.

The hunt will also be on for someone to replace former Polish premier Donald Tusk as head of the EU leaders’ council.

Other prime jobs up for grabs will be those held by a trio of Italians: High Representative for foreign relations, Federica Mogherini, Mario Draghi at the European Central Bank and European Parliament speaker Antonio Tajani.