Instead of hurling threats, opp should respond to NAB’s queries: Firdous 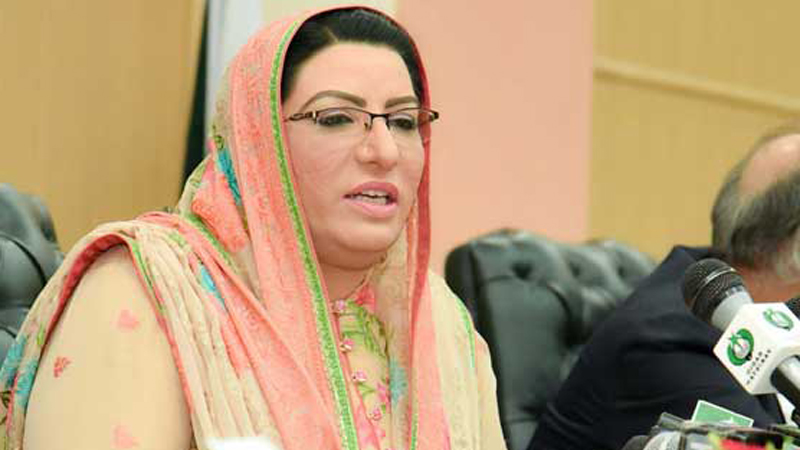 Special Assistant to Prime Minister on Information and Broadcasting Dr Firdous Ashiq Awan on Tuesday, while criticising the opposition’s behaviour, said it should reply to the queries of the anti-graft watchdog instead of attacking the National Accountability Bureau (NAB).

Addressing a press conference in Islamabad after the federal cabinet’s meeting, she said that the NAB was a national institution, which had the right to present its stance. She said disinformation would spread if the bureau wouldn’t speak. “The NAB is free from any sort of government pressure, but it is the responsibility of the government to facilitate the anti-graft agency where needed,” she said. “The opposition can approach courts if they have complaints with the NAB,” she said, and added that the bureau was working within its constitutional ambit.

Firdous said the cabinet had approved “Kamyab Jawan Programme” for extending loans up to Rs 5 million to youth so that they could start their own businesses and help generate jobs and boost economic growth.

She said the cabinet held a thorough discussion on the education policy and the new Rs 100 billion youth loan programme.

She said youth aged between 18 and 35 years were 65 percent of the population and in order to empower them, the cabinet had decided to launch “Kamyab Jawan Programme” to engage young people in economic and trade activities and create job opportunities.

The programme would bring an economic revolution, as the youth would be self-employed and not only bear their own burden, but help reduce inflation and unemployment, she observed.

She said Special Assistant to Prime Minister on Youth Affairs Usman Dar would brief the media about the salient features of the programme in coming days.

Firdous said a regulatory mechanism had been planned to supplement the efforts of provinces in the education sector.

She said Minister for Federal Education and Professional Training Shafqat Mehmood had briefed the cabinet on the plan to increase literacy rate and impart vocational training and skills to students.

She said the minister would brief the media on the contours of the education policy focused on provision of quality education, uniform curriculum and reforms. Spread of education would help in tackling challenges facing the country, she remarked.

She said there was concern among the public about devaluation of rupee against the dollar, adding the Adviser on Finance Dr Abdul Hafeez Sheikh briefed the cabinet on the bitter realities of the economy inherited by the present government. The cabinet, led by Prime Minister Imran Khan, resolved to bring the economy out of crisis with the strength of the people, she continued. She said the adviser on finance would brief the media on Saturday about a roadmap to take the economy forward and also shed light on the wrong decisions of the previous government, which led to the present economic mess.