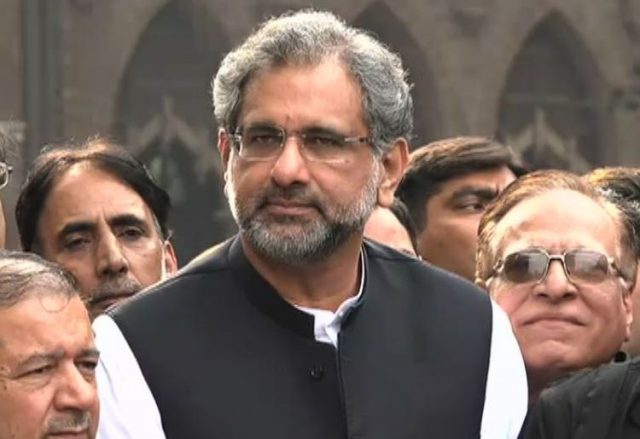 Talking to journalists, the former prime minister said that NAB was defaming politicians through baseless allegations. “It is ironic to note that Aleem Khan was granted bail, while Ahad Cheema was not,” he said.

Abbasi said that the NAB chairman should not give any statement, which reflected favour or discrimination towards any party. “In an interview, Justice (r) Javaid Iqbal said that Ahad Cheema’s arrogance had caused his downfall. One should not be arrogant, but is arrogance a crime?” he asked.

Abbasi said that the NAB chairman had claimed that Nawaz Sharif and Shehbaz Sharif were seeking a deal and were ready to return the money.

“The NAB chairman had claimed Shehbaz had offered to retire from politics. However, the PML-N leader never even met him. The character assassination campaign must stop now. The economy is in tatters and a big share of responsibility for it rests with the NAB,” he said.

Abbasi said that it seemed accountability was only for the PML-N. “Whoever wants to save himself should join the government. It is sad to say that NAB is not an autonomous body and is being used as the government’s instrument to put opposition leaders behind bars. NAB is using all of its resources to ensure that Nawaz Sharif remains in jail over bogus charges,” he said.