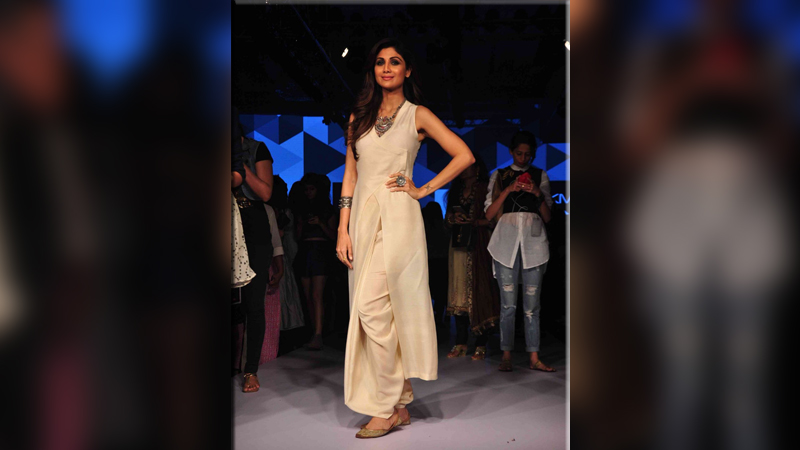 Actress and businesswoman Shilpa Shetty-Kundra has claimed she has had producers kick her out of films without giving any reason.

In a post shared on the official Humans of Bombay Instagram page, Shilpa Shetty-Kundra, who made her debut in Bollywood with ‘Baazigar’ in 1993, opened up about her journey and struggles she faced in the Hindi film industry.

“I was this dark, tall and lanky child who had her life pretty much laid out for her. I’d graduate and work with my dad. Even though in my heart I wanted to do something different, something bigger and better, I never felt like I could. But when I participated in a fashion show, just for fun, I met a photographer who wanted to click my photographs,” she wrote.

Shilpa Shetty said it was a “great opportunity” to step out of her comfort zone and that the photographs came out really well, opening up the doors of modelling for her.

“Soon, I got offered my first film. There was no looking back from there, I was going onwards and upwards. But nothing worth having comes easy. I was all of 17 when I entered the industry, I hadn’t seen the world or even understood life. With all the success came scrutiny. I wasn’t ready for it,” she said.

‘I reached a point where after a few films my career hit a lull. I tried hard but it always felt like I was lagging behind. It’s not easy to be celebrated one moment and ignored the next. I remember there were producers, who without any reason, threw me out of their films’

Shilpa said that she did not know how to speak in Hindi and “shuddered at the thought of being in front of the camera.”

“I reached a point where after a few films my career hit a lull. I tried hard but it always felt like I was lagging behind. It’s not easy to be celebrated one moment and ignored the next. I remember there were producers, who without any reason, threw me out of their films,” recollected the actress, who is fit as a fiddle at 43.

She decided to reinvent her herself and hence entered the reality TV show ‘Celebrity Big Brother 5’, which ended up leaving a “huge impact”.

“I was publicly bullied and discriminated against just because of the country I belonged to. It wasn’t easy – I was all by myself in that house! But I kept going – I couldn’t give up, not after reaching this far. When I won, people kept telling me, ‘You’ve made us proud’. That is when I knew that all of that struggle and persistence was worth it.”

Shilpa was a target of racism and bullying by some of her Big Brother housemates – Jade Goody, Jo O’Meara and Danielle Lloyd. On facing racism, she said, “I had stood up not just for myself, but for all of those who had faced racism. My life has been filled with ups and downs. There were terrible times, but there have also been some great accomplishments. I’ve enjoyed every minute of it! It’s made me who I am today – a strong independent woman, a proud actor, a wife and a mother. I wouldn’t have it any other way.”