Trade wars are good, and easy to win?

Donald Trump seems to believe that tariffs are an end unto themselves because they are bringing wealth into the country by forcing China to pay billions into the US treasury. An escalation in tariffs is likely to increase uncertainty, slow down business investment and increase unemployment, and ultimately affect growth. But it might also raise prices; the cost of the tariffs so far has been passed through to American consumers.

Trump has credited his previous tariffs with bringing Beijing to the table, but China has retaliated by slapping tariffs on US agricultural products. Those tariffs and other retaliatory levies from the European Union, Canada and Mexico have sent economic shock waves through communities that helped Trump secure his 2016 victory. But the latest round of negotiations broke down, and Trump responded by more than doubling tariffs on $200 billion of Chinese imports, from 10 per cent to 25 per cent. He has also threatened to add tariffs to an additional $325 billion in Chinese goods that are not taxed currently. 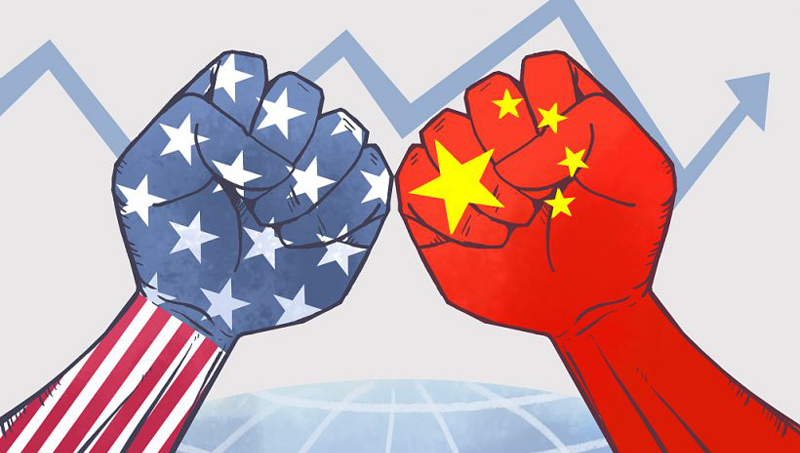 Trump has two goals; the first is to reduce the huge goods trade deficit of the US with China, which was $419 billion in 2018; most economists discount its importance. If the deficit declines through temporary purchases of China from the US, the effect may fade with time. Trump’s second goal is more significant. It is related to the concerns regarding the theft of US intellectual property and trade secrets by China, forced technology transfers, competition policy, access to financial services and currency manipulation. Here, the talks have failed.

With his belief that tariffs will transfer wealth from China because foreigners pay the tariffs he has been imposing, over the course of 2018 Trump imposed tariffs on about 12 per cent of total US imports. Economists from Columbia University, Princeton University and the New York Federal Reserve released a paper, The Impact of the 2018 Trade War on US Prices and Welfare. It concludes that foreigners paid none of the bill; US companies and consumers paid all of it. The losses to US consumers exceeded the revenue from the new tariffs; the tariffs reduced American welfare overall.

These price hikes have led to substantial changes in behaviour. Imports of the tariffed items fell sharply, partly because consumers turned to domestic products, but also in large part because importers shifted their sourcing to countries that aren’t currently facing Trump tariffs. For example, a number of companies already seem to have begun buying goods they previously bought from China from Vietnam or Mexico instead.

Consider the following example for understanding how tariffs work and for removing the misconceptions about use of a commercial policy. Pre-tariff, the US imports some goods from country X that costs $100. A 25 per cent tariff is imposed, raising the price for consumers to $125. If it keeps importing those goods from country X, consumers lose $25 per unit purchased, but the government raises an extra $25 in taxes, leaving overall national income unchanged, leaving aside distortions.

Suppose, however, that importers shift to a more expensive source that isn’t subject to the tariff, for example, they can buy the goods from the country Y for $115. Then consumers only lose $15, but there is no tariff revenue, thus incurring a $15 loss for the country as a whole. But if they turn to a domestic supplier, say a US company that will sell the product for $120, how does this change the story?

Here the crucial thing is that producing goods domestically has an opportunity cost. The US is near full employment, so the $120 in resources used to produce those goods could and would have been employed producing something else in the absence of the tariff. Diverting them into producing what was imported means a net loss of $20, with no revenue offset.

In the case of a large country like the US imposing tariffs, one effect, if the US doesn’t face foreign retaliation, is a rise in the price of US exports, either through a rise in the dollar or by drawing resources away from export to import-competing sectors. This price rise is a gain for America, although not for export-oriented sectors like agriculture. This terms-of-trade effect can mitigate or even reverse the overall losses as tariffs distort the economy. If foreigners retaliate, the terms-of-trade effect goes away, and the US is back to tariffs just being a tax on domestic consumers.

On one side, the short-run costs of trade war tend to be overstated. On the other, the long-term consequences of what’s happening are bigger than most people seem to realise. The trade war will inflict significant direct and collateral damage on both sides, although this may not immediately be apparent given that the US economy is performing well and the Chinese economy has not slowed down as quickly as expected. A deeper concern is that the trade war could morph into a broader, open economic warfare, affecting all aspects of the economic relationship between the two countries, affecting investment flows, business interactions; even the flow of tourists and students between the two countries could be adversely affected.

The Trump administration is going about its trade war with China all wrong. Its strategy and tactics are muddled. If President Trump was a general watching the battle unfold, what he’d see is his troops getting slaughtered, while the enemy though suffering casualties was holding most of its positions.

What the US should have done is create a global coalition of major trading countries – the US, the European Union, Japan and other advanced societies – that would negotiate limits on subsidies, coerced technology transfers and a level playing field for competition between domestic and foreign firms. If China violated the rules and refused to join, the other countries could take action against its exports.

This sensible approach, however, was virtually eliminated when Trump decided to pull out of the Trans-Pacific Partnership, a trade agreement that could have done just that. Instead, the US has a system that through high tariffs imposes the equivalent of a tax on American citizens to implement a trade policy that favours China.