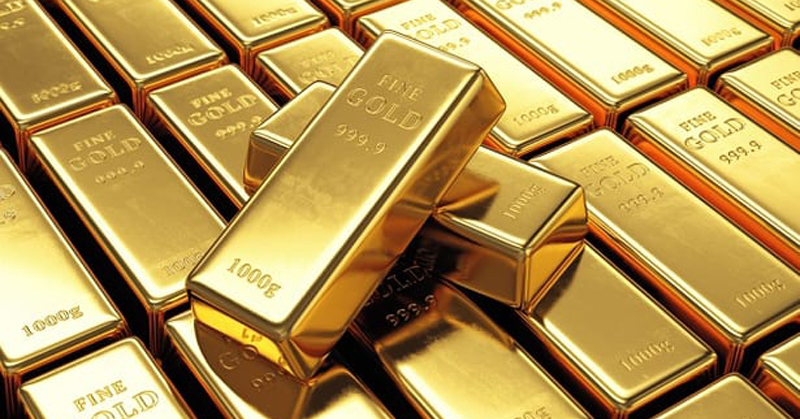 Domestic gold rate has hit an all-time high of Rs 72,000 per tola, resulting in severe consequences for goldsmiths across Pakistan.

Pakistan’s rupee has weakened to a record low in an apparent devaluation, a few days after the country secured a bailout from the International Monetary Fund (IMF) that investors speculate includes tough conditions to reform the economy, including the rate of the US dollar.

With the spike in the rate of the US dollar against rupee, analysts predict that the gold rate would rise further.

The dollar advanced on the back of strong US economic data, putting the metal on track for its biggest weekly decline in a month.

The metal is down 0.7% for the week so far, which could be its biggest weekly decline since April 19.

“The dollar has strengthened due to relatively strong US economic reports and little relaxation in geo-political tensions, all these combined have put downward pressure on gold prices,” said Jeff Klearman, portfolio manager at GraniteShares.

The dollar index gained, holding near a two-week high against a basket of currencies, making gold more expensive for holders of other currencies.

US consumer sentiment jumped to a 15-year high in early May amid growing confidence over the economy’s outlook, data showed this weekend.

The falls in gold over the past couple of sessions has dented the technical picture for the metal, analysts said.

“Bullion prices had broken the bearish trend-line that had marked the last few months,” Carlo Alberto De Casa, chief analyst with ActivTrades, wrote in a note.

“A clear recovery to the $1,300 level, and prices holding above this psychological threshold, would confirm the supportive scenario seen in the last two weeks, while a fall below $1,280 would be seen as a negative element.”