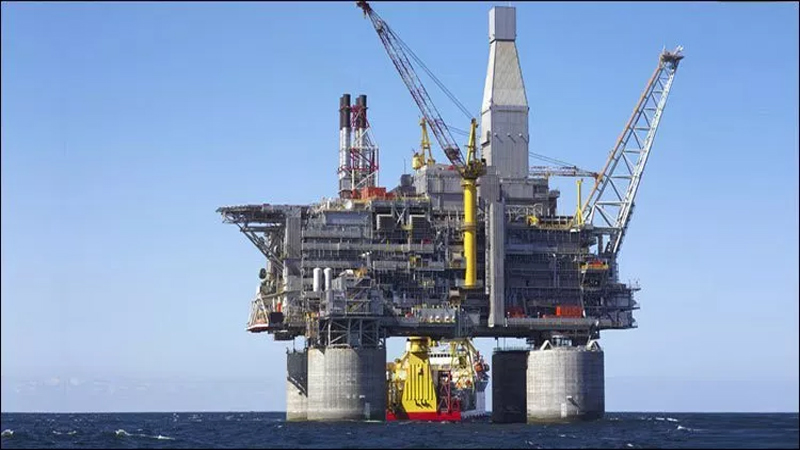 The offshore drilling process in Indus G-Block (Kekra-1) near Karachi coast was completed on Wednesday after a period of four months.

A joint venture of a consortium of four oil exploration companies, ExxonMobil, ENI, Oil and Gas Development Company and Pakistan Petroleum Limited, conducted the drill stem test round 280 kilometres away from the coast.

The consortium was carrying the test to determine the real size of the oil and gas reserves in the Kekra-1 well, sources noted.

According to the officials in the Ministry of Petroleum, the drill stem test (DST) would be completed in the next three days after which a report will be prepared about the total quantity of the oil and gas reserves within a week.

The Kekra-1 well is initially estimated to hold round nine trillion cubic feet of gas with a large quantity of oil.

In the wake of the critical situations faced during the drilling, the exploration venture had to spend an additional $100 million to procure surplus steel and cement. This was done to drill the Kekra-1 well in another direction. Sources have claimed that the actual quantity of the hydrocarbon reserves would be made during the next ten days.

According to an official, necessary infrastructure would be deployed in the sea for oil and gas exploration if the price of total available quantity surpassed $10 billion.

Experts believe that given the quantity of the reserves falls in line with the estimates, Pakistan’s import bill could be decreased by $6 billion per annum.