* Foreign minister expresses concern over rising tensions between US, Iran 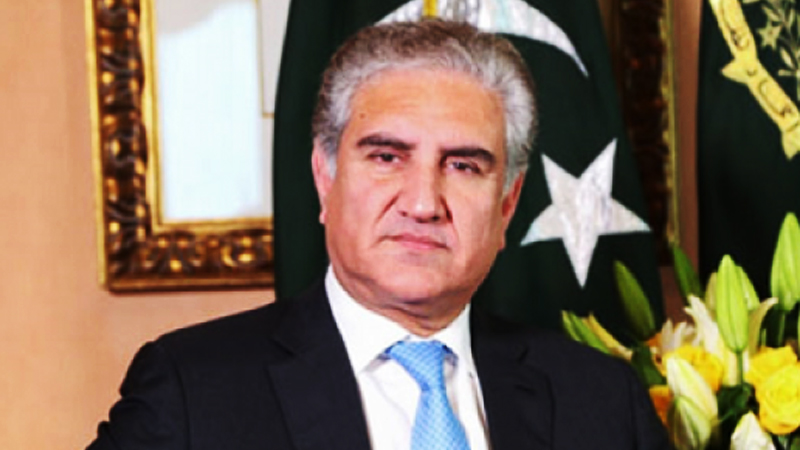 Foreign Minister Shah Mehmood Qureshi on Tuesday said that Pakistan was closely monitoring the ongoing tensions between Iran and the United States.

Talking to reporters after attending a meeting of the National Assembly’s Standing Committee on Foreign Affairs, Qureshi said Pakistan was concerned over the rising tensions between Tehran and Washington. “However, we will not join any camp in case of a conflict,” he said.

He said that any conflict could have negative implications for the entire region, including Pakistan. “Therefore, we need to evolve a clear strategy on this,” the minister said. He, however, made it clear that Pakistan would not join any camp in the ongoing tensions in the Gulf.

“Pakistan has good relations with all countries in the Middle East. We don’t want our relations to get damaged,” Qureshi said.

Responding to a question, the foreign minister said Pakistan would develop its strategy, keeping in view its national interest. For this purpose, he said, the government will consult the advisory council on foreign affairs that included several veteran diplomats.

“This is a very sensitive issue. We are closely monitoring the situation. As situation evolves, we are trying to develop a strategy that does not hurt our interests and this region does not get destabilised,” he said.

Earlier, the foreign minister told the committee that the US had not imposed any new visa restrictions on Pakistan.

“The Ministry of Foreign Affairs took up the issue with Washington. The US Embassy in Pakistan has also issued a clarification, saying false news reports are being spread,” he said while briefing the National Assembly’s Standing Committee on Foreign Affairs. The committee met in Islamabad under chairmanship of Ehsanullah Tiwana.

Qureshi said the US was going to deport a total of 70 Pakistanis who had entered the country on illegal travel documents, adding some of them had gone to the US in the 70s and 80s. He said Pakistan had asked the United States to fulfill legal requirements before the deportations.

“The US has denied visit visas to three officials due to some reasons. These include the Interior joint secretary, the additional secretary and the Passports DG. This restriction is not on Pakistan and the clarification for this has been given by both sides. The Foreign Ministry will only issue as many visas as the US does. If the US issues visas for five years, then Pakistan will issue it for five years as well,” he said.

Last month the US had issued a warning that it may withhold immigrant and non-immigrant visas to Pakistani citizens in accordance with its updated list of rules.

About the Afghan peace process, the foreign minister said that Pakistan was facilitating intra-Afghan dialogue. He informed the committee that he would pay a two-day visit to Kuwait on Saturday to meet the Kuwaiti leadership. Qureshi said that he would also deliver a letter from Prime Minister Imran Khan to the Emir of Kuwait on the visa issue.

He said that bilateral trade between the two countries would be discussed in the meetings, adding that the Emir of Qatar was also expected to visit Pakistan in near future.

He said Pakistan wanted to make progress on the multi-billion dollar Iran-Pakistan Gas Pipeline project, but there was a third-party hurdle in the form of US sanctions against Iran. He said that Pakistan was discussing this issue with Iran.

Qureshi said Pakistan and China were reviewing the matter of human smuggling and an effective policy would be framed in this regard. He said some forces wanted to hurt Pakistan-China relations.

The committee directed the Foreign Affairs Ministry to clear the misconceptions through electronic and print media so that people could know about the ground realities of international issues.

“The Foreign Affairs Ministry may develop proper liaison with the Commerce Ministry to enhance Pakistani exports as it has been observed that Pakistani Basmati Rice is being sold under Indian labels in the international markets,” the committee members said.

The committee observed that the Pakistani ambassadors might also evaluate the performance of commercial attachés in collaboration with Commerce Ministry to achieve the targets set by the government.

The committee directed the Foreign Affairs Ministry to take stringent measures for the early release of 2,107 Pakistani prisoners detained in Saudi jails as promised by the Saudi crown prince and provide them full assistance to remove procedural complications.

Earlier, the Foreign Affairs federal minister had informed the committee about the efforts made by the ministry to cope with the international issues and problems faced in this regard.