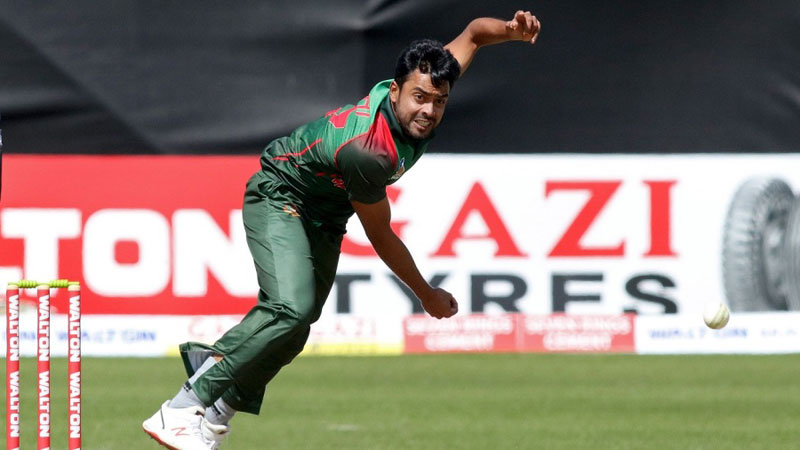 A dead rubber ahead of a final, but more importantly ahead of the World Cup means Bangladesh have the luxury to experiment with their line-up. In the matches gone by, Mashrafe Mortaza gave himself and the rest of the bowlers challenges to bowl in different phases of the innings, although he kept the batting line-up intact. Against Ireland, they could look to give any of Liton Das, Mosaddek Hossain or Yasir Ali a go, but they will also be mindful of the fact that Sabbir Rahman hasn’t had a proper bat despite playing both matches.

The bowlers, who have done well in both games against the West Indies, could get a rest ahead of a busy schedule. The team management might have to assess the match fitness and form of Taskin Ahmed and Rubel Hossain, and maybe have a look at Nayeem Hasan and Farhad Reza. Andy Balbirnie’s 135 and fifties from Paul Stirling and Kevin O’Brien were bright spots for Ireland in another defeat against West Indies. They might be out of the tournament but the season’s just started and they have important cricket later this year, against Zimbabwe and England. This game is another opportunity for them to find a better combination, particularly in their bowling department, having conceded 381 in the tournament opener before failing to defend 327 in the last match. Finishing the tri-series with a win over Bangladesh should soften the blow of elimination and inject some much-needed confidence going forward.

Andy Balbirnie has become a banker for Ireland’s top order, having scored two centuries in eight ODIs this year. He has been around since 2010, but has only started to come into his own in the last couple of years. He has been Ireland’s leading run-scorer since January 2018, averaging in excess of 47 during this period. Before that, his career average was hovering around 24. After an iffy season, Mustafizur Rahman was finally back to his best, getting his cutters to break and grip off the pitch as he took a four-for against West Indies. There couldn’t have been a better time for the seamer to find form, with the World Cup now just two weeks away.

Ireland have a few options on the bench. Offspinner Andy McBrine, who hasn’t played in the tri-series, might get a look in. Also, will captain William Porterfield remain at No.4, after batting in that position for the first time across formats in the last match? Theoretically, Bangladesh can make up to six changes but the likelihood of tweaking the bowling attack is higher.