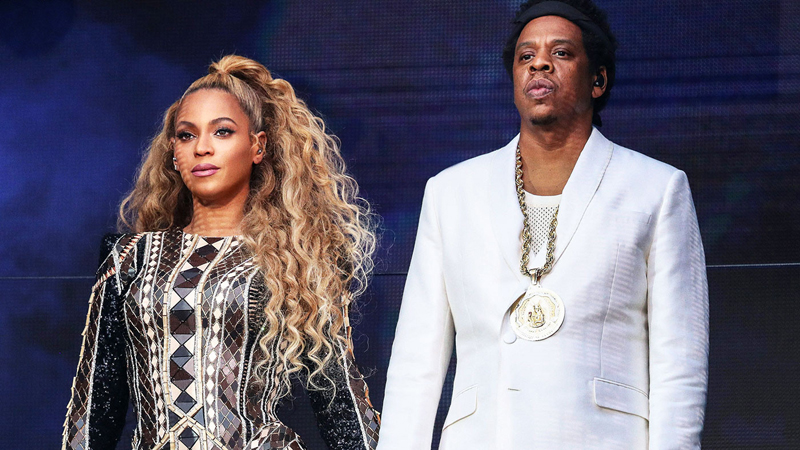 New hair, who dis? Fresh off the release of her wildly popular Netflix documentary ‘Homecoming’, singer and songwriter Beyoncé stepped out on Friday to catch a basketball game with hubby Jay-Z. While sports nuts were on the edge of their seats watching the Golden State Warriors face off against the Houston Rockets during Game Six of the Western Conference Semi-Finals, members of the Bey Hive were more focused on the A-lister’s new ‘do.

And who could blame them? After quite some time, Bey has ditched her honey blonde locks for a rich chocolate color, which she’s complemented with face-framing highlights. The “Love on Top” songstress wore her freshly dyed tresses in loose waves down and around her shoulders. Trés chic!

Beyoncé even dressed to match her hometown team’s colours, wearing a red and black legging and top set designed by Marine Serre. The bottoms retail for around $515 while the top is available for $215.

As for the rapper, he kept things a bit more casual in an all-black ensemble.

Just a few days ago, fans were disappointed to find out that Beyoncé had opted out of attending the 2019 Met Gala in New York City. Younger sister Solange was there to represent the Knowles family, rocking a python skin suit by Salvatore Ferragamo. Perhaps Bey had an important salon appointment she just couldn’t cancel!