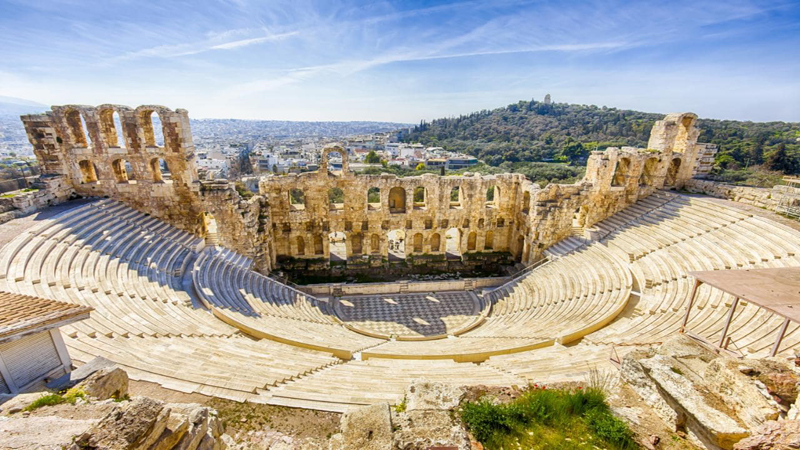 Have you always dreamt of exploring the Greek islands but aren’t sure where to start? Well, if you fancy a stress-free way of soaking up some of the must-see sights, Celestyal Cruises’ Idyllic Aegean all-inclusive trip might float your boat.

The company’s comprehensive seven-night cruise calls in on six different islands, venturing to spots that bigger vessels just can’t reach. All of the destinations offer something unique, from UNESCO World Heritage sites to award-winning cuisine and sublime beaches. Scroll down for a tantalising taste of what each port of call on the fabulous trip has to offer.

ATHENS — what a place to start your Greek odyssey! As the birthplace of democracy and cradle of Western civilisation, Athens is a charming mix of old and new.

Venture into the Greek capital to explore the place for yourself or join a guided excursion from the cruise ship to discover the area’s ancient monuments, iconic landmarks and incredible open air museums.

Highlights include the Acropolis Museum which is focused on the findings of the Acropolis, the ancient sight that’s synonymous with Athens. Other draws include the Theatre of Dionysos, the Parthenon temple and the old historical neighbourhood of Plaka, where you’ll find narrow cobblestone streets lined with tiny shops and family-run tavernas.

MYKONOS — this island, which measures just 40 sq miles, is a cosmopolitan paradise that attracts more than its fair share of celebrities and glamorous travellers. In 2017 alone, Whoopi Goldberg, Jon Bon Jovi, Kendall Jenner, Lindsey Lohan, Paris Hilton and Gerard Butler were among those spotted on the island.

During the day, you can explore the island’s glorious sandy beaches or if it’s a spot of history you’re pining for, you can take a 30-minute ferry to Delos, which was the most sacred place in ancient Greece. By night, with an overnight stay in Mykonos as part of the cruise itinerary, you can enjoy the island’s diverse nightlife, which ranges from famous hot spots and bars to tavernas playing live traditional music.

MILOS — the volcanic island of Milos is a true gem which is nestled off the main tourist map. The outcrop is rich in minerals and it has a fascinating geological and mining past, with a museum dedicated to this history.

The Catacombs are another absolute must-see. The underground site is considered to be one of the largest early Christian cemeteries in the world, dating from the 1st to the 5th centuries.

When it’s time for some sunshine, the pretty whitewashed capital of Plaka spills over the hilltop and looks out onto a coastline fringed with wind and sea sculpted rock formations, soft sandy beaches and aquamarine coves. Pathways in the town centre are so narrow that many of them aren’t accessible to motorists. 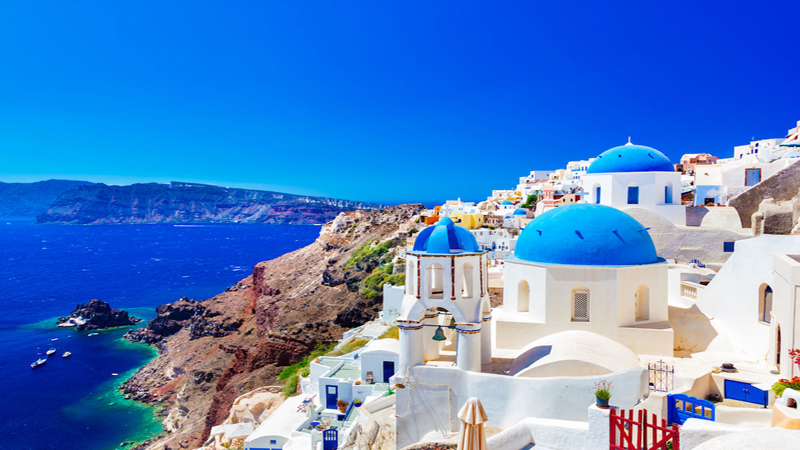 If being by the sea is more your thing, Milos has some of the most spectacular beaches in Greece. It is also a diver’s paradise, with numerous underwater caves to explore and wrecks from WWII.

SANTORINI — Santorini is one of the most popular spots for a romantic getaway in Greece, thanks to its jaw-dropping volcanic landscape and charming whitewashed towns perched on sheer cliffs.

Head to the capital of Fira, situated on the caldera cliffs on the west coast of the island, where you can venture around museums, galleries and a mix of shops. For the ultimate sunset shot, complete with the famous blue-domed church in the frame, continue along the coast to the pretty town Oia.

This makes for an excellent hike – taking around two to four hours depending on how often you stop – or if you’re feeling less active, it’s easy to grab a taxi. Oia is one of the included excursions on the voyage, so you can also go with your Celestyal guide to visit this must-see spot. On the seven-night Idyllic Aegean cruise, the ship stops overnight in port, enabling guests to enjoy the transition from day to evening, when the twinkling tavernas come to life.

HERAKLION — Heraklion is the largest city on the island of Crete and it was once where the Venetians, housed, constructed and repaired their ships.

Be sure to take a tour of the famed Minoan palace complex at Knossos, just south of the city centre. Knossos flourished for more than 2,000 years as a major economic hub and as a bridge between cities in the Eastern Mediterranean.

After roaming around the ancient site, round things off with a trip to Heraklion’s Archaeological Museum, which has one of the world’s best collections of Minoan art.

After the tour, Celestyal drops you off at the promenade which has plenty of shops, bars and restaurants to delve into.

KUSADASI — ticking another country off the list, the Celestyal Cruises ship also docks at Kusadasi in Turkey during the seven-night trip. One of the beach resort town’s biggest draws is its proximity to the Hellenistic ruins of Ephesus, which is one of the most complete classical cities in Europe.