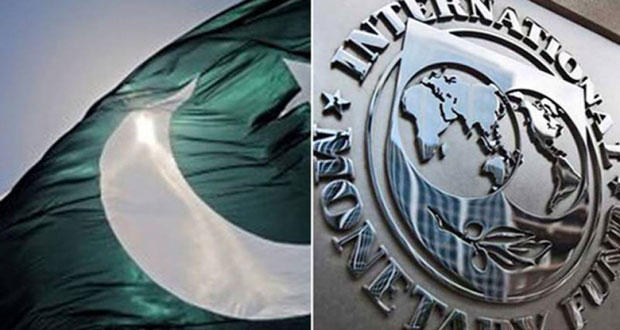 ISLAMABAD: The International Monetary Fund (IMF) wants Pakistan to “protect” its development spending at this year’s level in the coming budget.

Head of IMF Mission to Pakistan Ernesto Rigo gave these views during a meeting with Planning, Development and Reform Secretary Zafar Hasan, according to the planning ministry officials.

Rigo is leading a staff-level mission to Pakistan to finalise the Extended Fund Facility to help Pakistan steer out of the economic crunch.

It is the second staff-level visit of the IMF to conclude the deal for a three-year bailout totaling around $6.5 billion.

Pak debt worth $27b to mature in two years: IMF

Both sides discussed the Public Sector Development Programme (PSDP), China-Pakistan Economic Corridor (CPEC) and other aspects of planning including macroeconomic policies, according to an official statement issued by the ministry after the meeting which was also attended by Chief Macroeconomics Zafarul Hassan.

However, the Ministry of Finance has given an indicative development budget ceiling of Rs675 billion to the planning ministry for the next fiscal year, which was equal to only 1.5% of GDP and lower than the current fiscal year. There is another critical condition of the IMF that seeks primary fiscal balance next year which means the government’s total expenditure, minus interest payments, should be met from its revenues.

It is expected that this year again there will be primary deficit of around 2% of GDP. To turn it into surplus, the government either has to cut its development budget, defence budget or massively scale up tax revenues.

The IMF also inquired about the possibility of financing development projects on public-private partnership mode.

The IMF asked about the future inflows regarding CPEC, said the officials. The planning ministry informed the lender that CPEC’s focus in future would be on socio-economic sectors. The two sides shared measures to create growth through both external and internal balance. The role of Pakistan Bureau of Statistics was also discussed in the meeting, stated the planning ministry.

Meanwhile, talks between Pakistan and the IMF continued during the fifth day. Adviser to Prime Minister on Finance Dr Hafeez Shaikh claimed on Friday that things were moving on right direction. But the sources said that both sides were poles apart in their macroeconomic framework projections.

Shaikh said that the agreement with IMF will send a positive signal to other countries and international financial institutions about Pakistan’s commitment to fiscal discipline. He said that the measures taken by the government resulted in the reduction of imports and increase in exports and remittances.