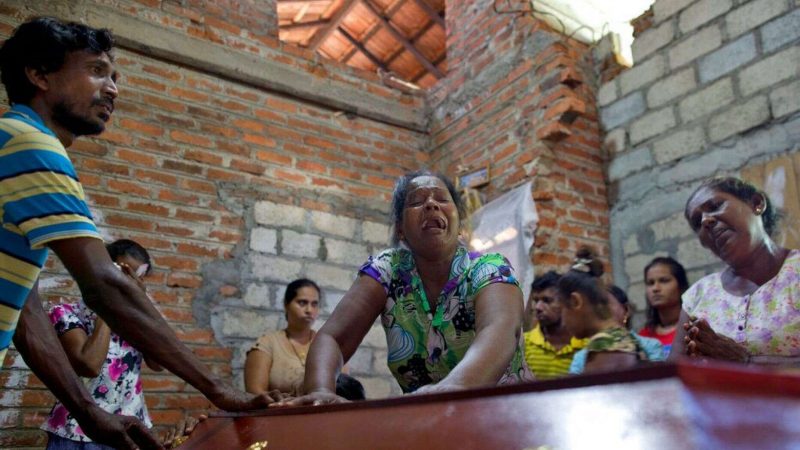 The Ahmadi community in Sri Lanka  is worried about backlash in their country of refuge after the Easter attacks. Many of them fled from Pakistan due to discrimination and attacks back home. Some of them have been living in the city of  Negombo for at least seven years.

“Sri Lanka has been incredibly kind to us,” said Adnan, a young refugee, adding that the Ahmadiyya people have faced persecution at home and would never support extremist violence.

“I offer my deepest condolences to all those who lost loved ones, and I understand their feelings,” said Sheik Hasmatullah. “But I am begging them to please tolerate us, bear us, and not to think that we are terrorists,” he said, holding back tears.

Many of them have complained about being evicted from their homes .

The Sri Lankan government has acknowledged that the Ahmadi coomunity has faced attacks since the Easter Sunday bombings. Prime Minister of Sri Lanka Wickremesinghe said  during an interview that security forces were trying to help Muslim Ahmadis from Pakistan seeking refugee status in Sri Lanka, who told  they had been attacked and beaten in the days following the bombings.

Some people “had become suspicious of foreigners, not of Muslims per se,” Wickremesinghe, said.

“We’ve seen a few attacks on houses, some refugees were beaten and some stones were thrown as well so people were scared to stay in their houses,” said Ruki Fernando, a Sri Lankan activist.

“The people in Pakistan attacked us and say we’re not Muslims,” Tariq Ahmed, a 58-year-old Ahmadi who fled his home, told the Associated Press. “Then in Sri Lanka, people attack us because they say we are Muslims.”

“We don’t want them.” Signs in English and Sinhala posted outside local homes said: “We don’t need Pakistan refugees.”