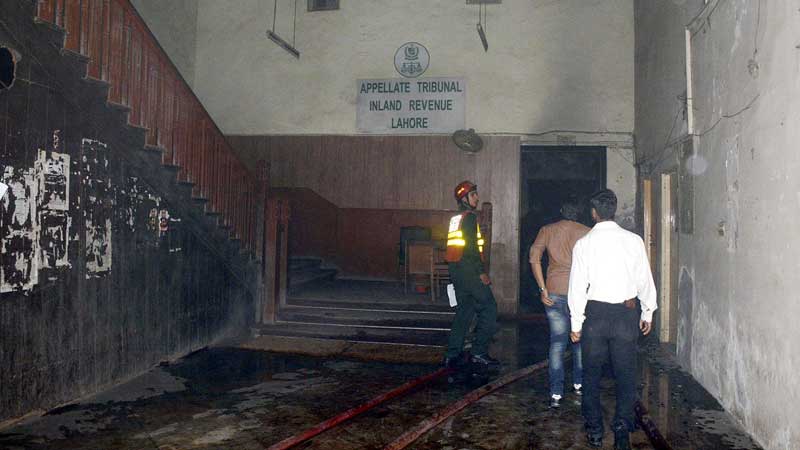 Firefighters doused a fire that broke out at the banking court’s building on Thursday, but not before it damaged court records. According to sources, the fire spread to the chambers and rooms of the judges, burning important documents. However, no loss of life was reported, as the judges and the staff members of the court were successfully evacuated. The firefighters, after getting the information, reached the spot and doused the fire, while cooling of the building was underway until the filing of this report. According to rescue sources, the fire erupted due to short circuit in the court’s building. However, investigation is underway in this regard to ascertain the facts.