Pakistan all geared up for World Cup, says coach Arthur 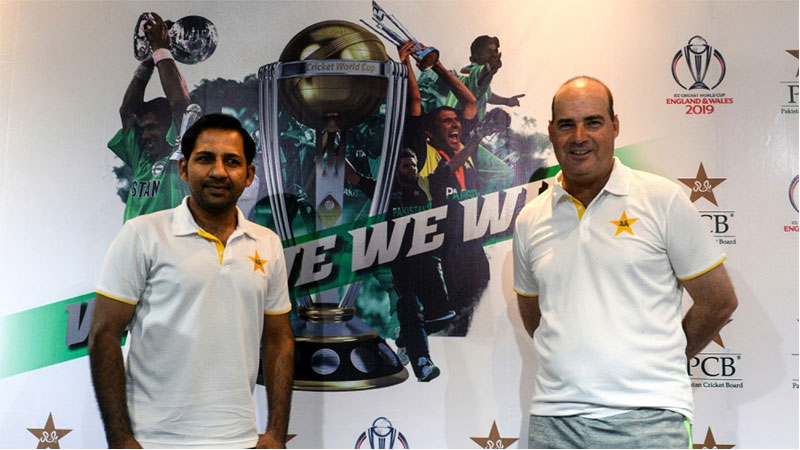 Pakistan’s head coach Micky Arthur believes that Pakistan are ready to take on the challenges of the upcoming World Cup. Speaking to the media at Gaddafi Stadium Lahore here on Monday, Arthur said: “We have worked really hard over the past two years. We are as prepared as we can be. We have to bring all our capabilities to produce results in our favour,” Arthur said while showing confidence in the squad picked for the World Cup in England. Speaking about Shadab Khan being ruled out of the upcoming series against England, Arthur said: “Shadab is a wonderful cricketer. As the buzz word nowadays goes, he’s ‘three-dimensional’. He plays a key role for us just outside the power play. However, we have tried to cover with another wrist spinner Yasir Shah.”

Arthur termed bringing in Yasir for Shahdab as an even exchange. “Yasir is under no illusion that he has to challenge both the outside and inside edge of the bat,” Arthur said, pointing out that the spinner had a hard act ahead. “Our expectations are high from Babar Azam as he’s our best batsman in squad. He is so talented, he is a batsman who gets the required scores,” Arthur said while adding that as long as Babar acted as the main batsman in the team, everyone around him would be able to bring the score up to the 300 mark and above. “Mohammad Hafeez will be available for us during the World Cup as an off spinner too. We have faith in our team. All 15 of those players have the ability to win games. Our strategy will be to attack, we’re going to eye wickets. We have got all the bases covered,” the coach concluded.

Captain Sarfaraz Ahmed, who was also present at the press conference, said that the team was ready to give their best during the World Cup. “We are heading to England with complete preparations and wish to win. Our players are ready to give it their best shot,” said the captain. When asked about who would open for the team, Sarfaraz said that Fakhar Zaman and Imamul Haq will be the best choices for opening partnership. The captain also shrugged off the suggestion that there may be some difficulty for the team since both the batsmen were left-handed. “Both Fakhar Zaman and Imam-ul-Haq are in good form,” he said and added that new addition Abid Ali would be a good choice for the number three spot.