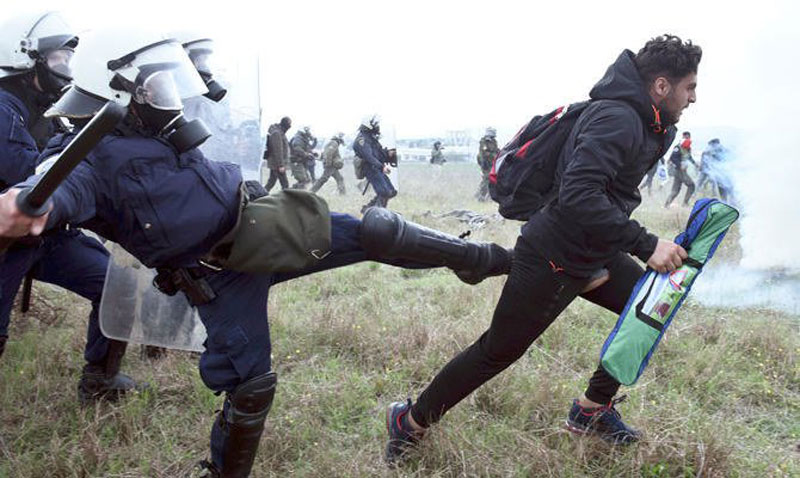 Abdullah Ahmadi, an Afghan living with his wife and five children in an apartment in the Athens suburbs allocated by the UN refugee agency, is about to lose his home for the past three years.

“In two months I have to leave. I have been looking for work in Greece and have only found random jobs that are not enough to support my family,” says Ahmadi, who spent a year on the island of Lesbos before being able to reach the Greek capital.

“I do not know how I’m going to get along, and I’m scared that I will end up on the street with my family,” he says, distraught.

Thousands of refugees like Ahmadi are facing possible eviction from EU-paid homes in Greece this year as more await to take their place to manage a slow but steady flow of new arrivals from Turkey, support groups have warned.

Nearly 6,800 people currently hosted in rooms and flats around the country under a program funded by the European Union and run by UNHCR in cooperation with local non-governmental groups could be affected.

Ahmadi took part in a demonstration last week by refugees in central Athens to protest against the evictions, supported by far-left activists, NGO workers, and students.

Following a controversial EU deal with Turkey in 2016 the flow of migrants and refugees to Greece has slowed to a few dozen daily.

But even these numbers are enough to overwhelm limited facilities on several Aegean islands opposite Turkey, which are already crammed many times over their nominal capacity.

With nearly 9,000 arrivals since the beginning of this year, the situation on the islands is explosive — especially on Lesbos and Samos — and the ministry of migration is desperate to remove as many people from the camps as possible.

As of March 31, the first 160 refugees who were granted asylum before August 2017 had to give up their homes on the mainland to other asylum seekers, with another round of evictions expected in the next two months.

“(This) will free up spaces for those in Lesbos and Samos who live in difficult conditions,” immigration minister Dimitris Vitzas told Radio News 247 last month.

According to UNHCR spokesperson in Greece Boris Cheshirkov, the Estia program designed to help asylum-seekers “will continue to operate with three components: financial assistance, accommodation and administrative support.”

But he adds that “after securing asylum, they would theoretically have to leave the dwellings in the next six months, but so far the Greek government had not applied this principle.”

The immigration ministry notes that recognized refugees can now draw on state benefits normally allocated to poverty-stricken Greeks, such as rent subsidies.

In addition, for three months after leaving Estia homes, “the refugees will retain the economic aid they receive, and will be helped to obtain a tax number, open a bank account, register at jobs centers,” a migration ministry official said.

They are also to receive vocational training.

Ahmadi, however, seems to be completely unaware of the procedure for obtaining benefits: “I have never heard of this!,” he sighs. NGO worker Christina Svana, who was part of the Athens protest, says the decision to evict was “taken hastily.”

“The first expulsions took place a few days ago and the next will take place on June 30. The movement will accelerate and we are afraid that among the evicted people, a large majority cannot fend for themselves and find an apartment,” she warns.