Govt will make an example of corrupt politicians: PM 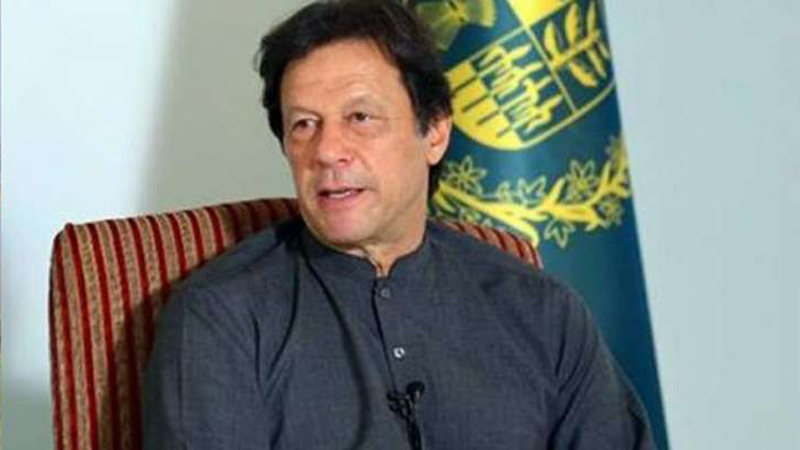 Prime Minister Imran Khan Sunday said the political leaders who plundered the country during the last decade and burdened the country with excessive debts will be taken to task.

“No matter how long it takes, we will get punished those who have done this to the country, just to make them a deterrent for those contesting election in future,” the prime minister said during his address at the ground breaking ceremony of Naya Pakistan Housing Program here. “Sharif family and Asif Zardari want to dislodge the government due to fear of being jailed as new facts concerning their corruption are coming to the fore with each passing day,” he said, adding that Maulana Fazlur Rehman wants to wind up the whole system after he faced defeat in last election.

The prime minister said the project of five million houses aims at fulfilling the dream of those who cannot afford to build their own house, particularly the salaried class and other low-income groups. He said despite being a basic necessity, owning a house has become much difficult nowadays due to the skyrocketing real estate prices.

He said, unfortunately, in the existing banking system, the loan facility is limited to the elite class only. “However, the government is making legislation to extend it to the low-income groups. Currently, only 0.2 per cent people in Pakistan avail housing finance against 80-90 per cent in Europe, 30 per cent in Malaysia and 10 per cent in India,” he said, and told the gathering that foreign companies are interested to invest in the housing project that will also boost another 40 linked industries and create vast job opportunities.

The prime minister, who earlier unveiled the plaques for construction of 110,000 houses in Quetta and Gwadar including 54,000 units for the fishermen, said instead of awaiting the government jobs, the youngsters should form their own constructions firms. He directed the Balochistan chief minister to design a master plan of Quetta and allow the vertical construction to discourage the spread of the city.

The prime minister urged the youth to study the principles of state of Madina which conquered two super powers of that time despite being far smaller in size and resources. He said during the last 70 years, only the elite class enjoyed all the facilities in Pakistan, including quality education and healthcare. It is for the first time that influential corrupt elements are being arrested, he added.

Separately, Prime Minister Imran Khan expressed condolences with the families of the victims of recent terror attack in Quetta’s Hazarganji market, and called for joint efforts to foil the enemy’s nefarious designs for creating chaos in the country. He expressed grief over the loss of precious lives in the ruthless incident and said the government shares the grief of the bereaved families of Hazara community and others.

He said the implementation of the National Action Plan is inevitable and the government is committed to eliminate terrorism and extremism from the country. He said the federal and provincial governments are responsible to provide security to their citizens and “if God willing, we will accomplish this mission.” He said time is not far when the government will be able to provide a peaceful atmosphere to its citizens.

The prime minister said the anti-state elements wants to create division and chaos among the masses. He said Pakistan Army, security forces, police and FC personnel as well as the people have rendered numerous sacrifices to help improve the security situation in the country. He assured the victim families that the government stands by them and the perpetrators of the Hazarganji incident will be brought to justice. No laxity will be tolerated for maintenance of peace, he added.

The prime minister announced five percent quota in the Naya Pakistan Housing Programme for the families of the martyrs. He prayed for peace of the departed souls and early recovery of the injured.