The Centre for Research on the Epidemiology of Disasters and The United Nations Office for Disaster Risk Reduction have released their joint report on Economic Losses, Poverty and Disasters 1998-2017. It is an eye opener. It lists the events caused by changes in climatic conditions. 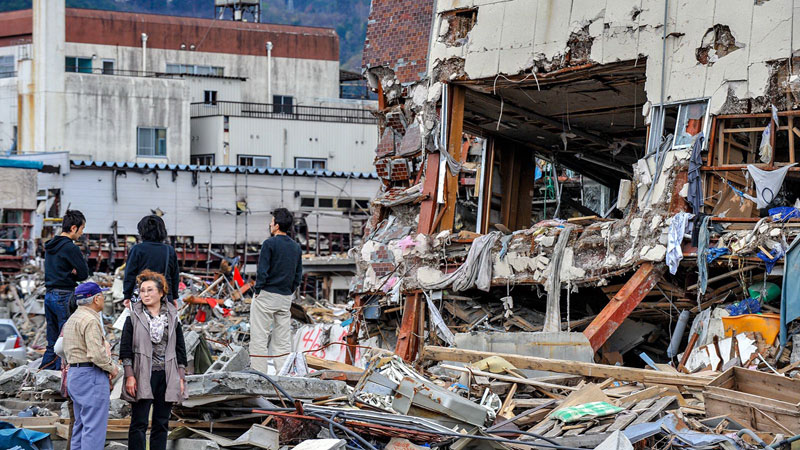 The report concludes that between 1998 and 2017 climate-related and geophysical disasters killed 1.3 million people. Anothe 4.4 million people were injured, displaced or in need of emergency assistance.

Out of the recorded disatsters, 91 per cent were caused by floods, storms, droughts, heatwaves and other extreme weather events.

In fincncial terms, over the reported period, the world faced direct losses of $2,908 billion. Out of these, 77 per cent were losses due to climate-related disasters. These figures are based on economic data of only 37 per cent of the events in CRED’s Emergency Events Database.

The World Bank has reported losses of $520 billion annually, pushing 26 million people into poverty every year. There has been an alarming increase of 151 per cent in the climate related events over the 20-year period ending in 1998.

The year 2017 was one of the worst in terms of economic losses, which were 41 per cent more than the average of the previous decade.

There is a need to understand why weather or climatic conditions change.

The word ‘weather’ is used for short-term atmospheric conditions, and the word ‘climate’ to indicate long-term weather conditions.

Concentrations of greenhouse gases significantly increased after industrial revolution. The data of Earth System Research Laboratory, Global Monitoring Division National Oceanic and Atmospheric Administration and NASA: Climate Change and Global Warming show that the concentration of carbon dioxide never reached 300 parts per million for last hundreds of thousands of years. However it has now crossed 410 ppm. The overall concentration of all greenhouse gases has surpassed a record figure of 493 parts per million.

Climate change is ruthless. It is causing poverty, discrimination, terrorism and injustice. Reports show that developing countries, particualrly those in Asia are more vulnerable to climate change

The NOAA’s Annual Greenhouse Gas Index for year 2017 was 1.41, which explains that global warming influence has increased by 41 per cent since 1990. This reminds us that on-going emissions are resulting in more heat being absorbed.

As already mentioned, the annual greenhouse gas index and atmospheric carbon dioxide are on the rise. Arctic is melting at a higher rate than expected. Earlier, researchers had predicted that Arctic may stay until the middle of the 21st century, however current reports indicate the Arctic may be ice free by late 2030s. Studies show that in 1980 the extent of Arctic Sea ice was above 2.7 million square miles. This had decreased to 1.85 million miles square miles by 2017.

The ice-sheets reflect a large amount of sun’s heat and keep the atmosphere cooler. More ice melting causes thinner ice-sheets leading to a rise in sea levels and storms. More importantly it lowers the shelter of heat reflection. The global average temperature has risen by 0.83 °C since 1980. There have been uneven distributed hot and cold weather patterns as reports indicate that there have been more cold days than hot, but both have been more extreme. It is reported that February 2019 was the 5th warmest in last 140 years. February of 2016 was the warmest of all with a rise of 1.21 degrees centigrade rise on average. The global average sea level rise has been observed to be 8 inches since 1880s. The rise in sea level is contributed by both melting of glaciers and ice on land and expansion of water due to increase in average temperature. The increase in sea level will destroy coastal habitats, cause erosion, wetland flooding, aquifer and agricultural soil contamination with salt, lost habitat for fish, birds and plants.

There is enough evidence to indicate that climate change is happening and at a high pace. Climate change is ruthless. It is bringing about poverty, discrimination, terrorism and injustice. Reports show that developing countries, particualrly those in Asia, are more vulnerable to climate change.

The writer is an assistant professor at Dawood University of Engineering and Technology, Karachi