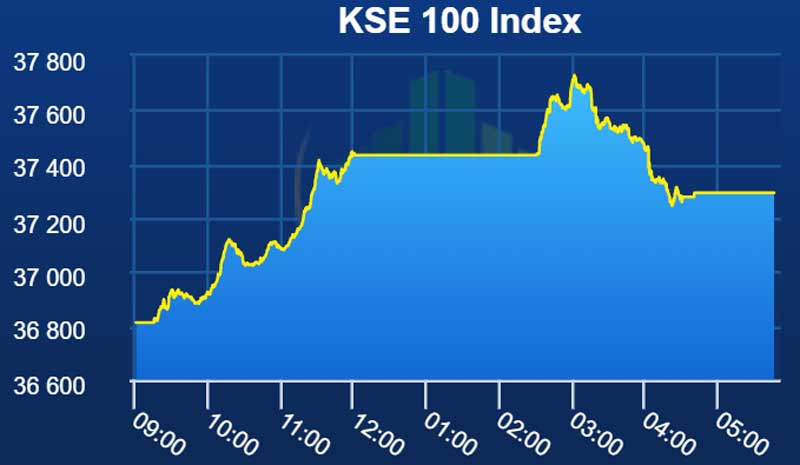 After starting off on a positive note, the market witnessed a steep decline during midweek, before finally staging a recovery during the final trading session to close at 37,292 points level, down marginally by 0.1 percent week-on-week (WoW).

There was a minor recovery in volumes (+18 percent WoW), which have been depressed in recent months for various reasons, particularly on the economic front (policy uncertainty, delays in external funding, etc.).

The midweek dip was mainly on account of the banking sector, following rumours of the transference of government holdings from commercial banks into a treasury single account (TSA) with the central bank. However, recent news flows in the final session of the week suggesting that the TSA mechanism would not be implemented without taking the banking industry on board led to a recovery in banking stocks, said Ahmed Lakhani, an equity analyst.

Since Bank of Punjab (BOP) (-7.3% WoW) and National Bank of Pakistan (NBP) (-1.1% WoW) account for a significant chunk of govt. holdings, they were more sensitive to these news compared to other banks.

Despite the significance of this news, it was outshone by the decision of the Pakistan Tehreek-i-Insaf (PTI) government to reshuffle its cabinet, leading to a reallocation of ministry portfolios. One major casualty of this decision was the removal/resignation (it remains unclear) of the Finance Minister, Asad Umar who declined the PM’s offer to take up the energy portfolio. Considering that the general market narrative has remained bearish due to policy actions (or lack of) taken by the FM, the market reacted positively to his removal from the post and closed the week on a high note, added Lakhani.

In the context of economic data releases, the current account deficit increased by 196 percent on MoM basis during March, led by a higher trade deficit. However, recent statements by the now ex-FM and the Adviser on Commerce, Abdur Razzak Dawood suggest that positive developments on the China-Pak FTA II could lead to a resurgence in exports in upcoming months and hence, an improved balance of payments situation. Other major news during the week included FX reserves decline by US$1.0 billion WoW, LSM declines by 1.7 percent YoY during eight months of FY19, Pharma companies announce price cuts, and textile exports decline by 9.5 percent YoY in March-2019.