Pakistan urges Iran and Afghanistan to ‘do more’ 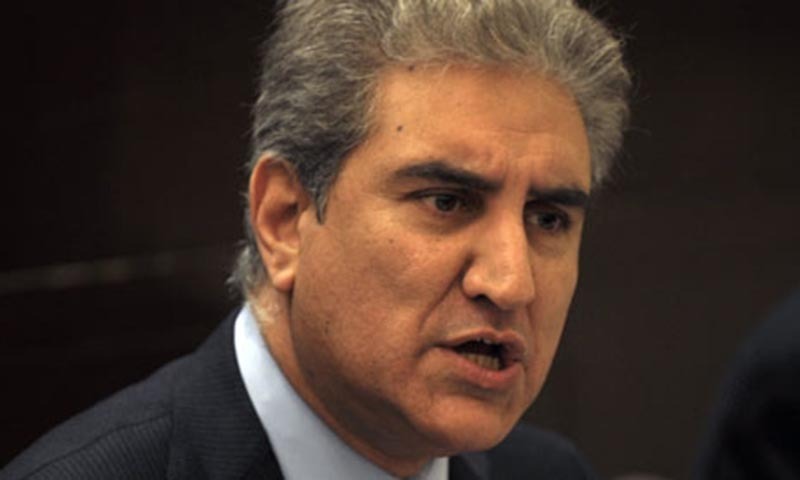 Pakistan on Saturday asked both Iran and Afghanistan to take ‘visible action’ against the terrorist groups operating from their soil and also dismantle logistics and training camps of such elements located across the border.

“The whole country is angry and upset over the Ormara massacre and wants to know why this incident has taken place and who is behind it,” Foreign Minister Shah Mehmood Qureshi said while addressing a press conference. He said actionable forensic evidence has been shared with the Iranian government showing links of the terrorists with the neighbouring country, besides presence of their logistics and training camps located across the border. “We expect Iran to take visible action against the elements who used its soil to carry out Thursday’s terrorist attack in Balochistan,” he said, and added that Afghanistan should also take action against anti-Pakistan elements operating from its soil.

At least 14 passengers were picked out with the help of their national identity cards (NICs), forcibly offloaded from their bus and then shot dead by unidentified assailants on the Makran Coastal Highway in Ormara, Balochistan, on Thursday. The victims comprised 10 soldiers of Pakistan Navy, three of Pakistan Air Force and a coastguard.

Qureshi said the Baloch Raaji-Aajohi-e-Sangar (BRAS), an alliance of three Baloch terrorist organisdations, has claimed responsibility for the incident in which the killers were clad in Frontier Corps (FC) uniforms. The Baloch terrorist outfits have set up their logistic camps inside the Iranian border area and it has also been conveyed to the Iranian authorities, he said.

Qureshi said Pakistan wants to know the factors behind the Omara incident. He said Pakistan and Iran enjoy fraternal ties and hoped that Tehran will act against the perpetrators of the incident as assured by his Iranian counterpart Javad Zarif in a detailed telephonic conversation with him.

Qureshi said considering the prevailing security situation, Pakistan has decided to take six security measures to avoid recurrence of cross-border terrorism. He said a special command based in Balochistan’s Turbat area has been set up, besides raising a new corps to increase border patrolling. It has also been decided that aerial surveillance of the Pak-Iran border will be done through helicopters, he added.

Like Afghanistan, he said, the Iranian border will also be fenced. Though the fencing of 950-kilometer-long border will be costly, it is need of the hour, he said, and added that Pakistan and Iran will set up joint border centers at six points for surveillance along the border.

He said Iran had demanded necessary action from Pakistan when its security officials were abducted and shifted to Pakistan. The action was accordingly taken and nine out of 12 abducted Iranian personnel were rescued by the Pakistani forces, he said, and added that Prime Minister Imran Khan is scheduled to visit Iran on Sunday during which security issues will be discussed in detail.

Responding to a question, he said the timing of Omara incident is important which shows that the elements behind it do not want peace in the region. He said Pakistan and Iran have historical relationship. Pakistan can overcome its energy crisis by buying gas from Iran but international sanctions against the latter are impeding the process, he added. To another question, he said it is a known fact as to which country is backing such terrorist organisations and supplying weapons to carry out insurgency and bring instability in Pakistan. He said despite worsening human rights situation in the Indian-held Kashmir, Pakistan intends to normalise its relations with India.

Earlier in the day, Ministry of Foreign Affairs lodged a strong protest with Iran regarding its ‘inaction’ against terror groups believed to be involved in the Ormara massacre.

In a letter written to the Iranian embassy on Friday, the foreign ministry stated, “Killing of 14 innocent Pakistanis by terrorist groups based in Iran is a very serious incident that Pakistan protests strongly.”

As per a copy of the letter available with Daily Times, “15-20 terrorists camouflaged themselves in Frontier Corps (FC) uniform, barricaded the road and stopped 3-4 buses travelling from Ormara to Gwadar on the coastal highway at Buzi Top before dawn on April 18. On the identification of the passengers, 14 personnel belonging to the armed forces were shot dead.” According to the letter, ‘BRAS’, an alliance of three Baloch terrorist organisations, has claimed responsibility for the terrorist act. Following the incident, the terrorists, who had arrived from the border region, returned to that area, the letter claimed.

The ministry stated that Pakistan has ‘repeatedly’ shared intelligence about these activities. “In the recent past as well as on numerous occasions earlier, information about the hubs of these Baloch terrorist organisations in Iran having training camps and logistics bases across the border was shared with the Iranian intelligence. Unfortunately, no action has been taken by Iran in this regard, to date,” the letter stated.

While lodging Pakistan’s protest against the deaths in Ormara, the letter said that Pakistan is awaiting Iran’s response to its ‘request for action against these groups based in Iran, whose locations have been identified by Pakistan a number of times.’

The ministry called on the embassy to convey the concerns to the relevant authorities in Iran for ‘prompt action’.

“The Ministry of Foreign Affairs of the Islamic Republic of Pakistan avails itself of this opportunity to renew to the esteemed embassy the assurances of its highest consideration,” the letter concluded.

A day earlier, Iranian Foreign Minister Javad Zarif had condemned the Ormara attack. “Strongly condemning the recent terrorist attack in Pakistan, just as PM Imran Khan embarks on his first, historic visit to Iran,” Zarif had tweeted. “Terrorists, extremists & their sponsors are terrified by close relations between Muslim states,” he continued. “Iran stands with the people and government of Pakistan,” he added.

Meanwhile, Ormara Levies registered a first information report in connection with the incident. A Levies officer, who wished not to be named due to the sensitivity of the matter, said that an FIR has been lodged against unidentified terrorists for the murder of 14 people on April 18. The case has been registered on behalf of the government, the officer said. Terrorism, murder, attempt to murder and other sections have been included in the report, he added.

Levies officials said security has been beefed up in the area and passenger buses are being strictly checked in the aftermath of the cold-blooded murders. Balochistan Inspector General of Police (IGP) Mohsin Hassan Butt has said that the investigation of the case has been transferred to the Counter-Terrorism Department (CTD).