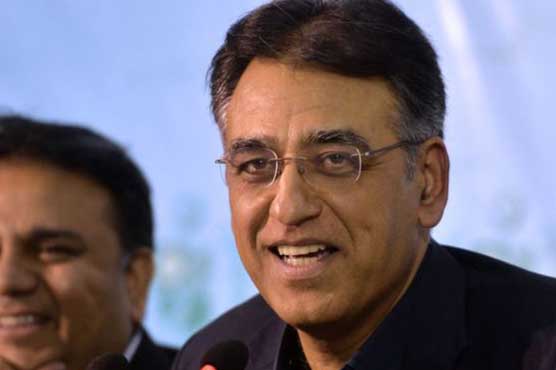 During a meeting at his residence in Bani Gala, the prime minister praised the former finance minister, hoping that he will rejoin the cabinet. “There are no permanent positions in the government … you either work for the people or you go home,” he said, and expressed his satisfaction with the chief ministers of Khyber Pakhtunkhwa and Punjab. “They will continue working on their posts,” he reportedly told the meeting.

“The country is in a critical financial situation right now and we need to control it,” the prime minister said. “Once the economy stabilizes, everything will be fine,” he said. Praising the new adviser on finance, he said Hafeez Shaikh is a capable man and a renowned economic expert. He directed his health adviser Dr Zafarullah Mirza to reduce drug prices in the country.

The prime minister directed Punjab Chief Minister Usman Buzdar to submit him a list of provincial ministers who he believes are not performing as per expectations. He also gave a roadmap to assess the performance of provincial cabinet members to the chief minister and warned that he will not compromise over performance in Punjab. “People of Punjab have massive expectations from PTI and we will not shatter their confidence,” he said, and also directed the chief minister to present a list of civil servants who he deems to be working below expectations.

After the meeting, Firdous Ashiq Awan, who has been appointed the prime minister’s adviser on information, spoke to the media and said prime minister has given additional charge of the Ministry of Petroleum and Natural Resources to Minister for Energy Omar Ayub Khan.

About the absence of Minister for Science and Technology Fawad Chaudhry from the meeting, she said it was a meeting of the spokespersons and Fawad could not attend it for being in Lahore. To a question, she said Asad Umar is an important players of the prime minister’s team and he will be soon in action to defend his vision.

She said Prime Minister Imran Khan has directed all the ministries concerned to provide maximum relief to the masses during the holy month of Ramazan. She said different targets have been given to the ministries to control electricity load shedding and price hike before the advent of the holy month. The prime minister, she added, has also directed to devise a joint strategy in collaboration with the provincial governments to curb the price hike.

She said the prime minister has advised his newly appointed Advisor on Finance Dr Abdul Hafeez Shaikh and his economic team to come up to the public expectations by addressing their hardships. She said the meeting also discussed in detail the agenda of the prime minister’s upcoming visits to Iran and China on which the media will be briefed accordingly.

Awan said Prime Minister Imran Khan will visit Quetta on Sunday (today) to inaugurate the Naya Pakistan Housing project besides condoling with the bereaved families of those killed in the Hazarganji terror attack.

She said the government does not want any confrontation with the media people, adding that their welfare and prosperity is among its priorities. She said she is getting briefings about the problems faced by the media industry, and assured for their resolution through negotiations.

She also thanked the prime minister and the Pakistan Teheek-e-Insaf (PTI) for reposing confidence in her and making her partner with the media which has always supported Imran Khan in his struggle against the bogus political system.