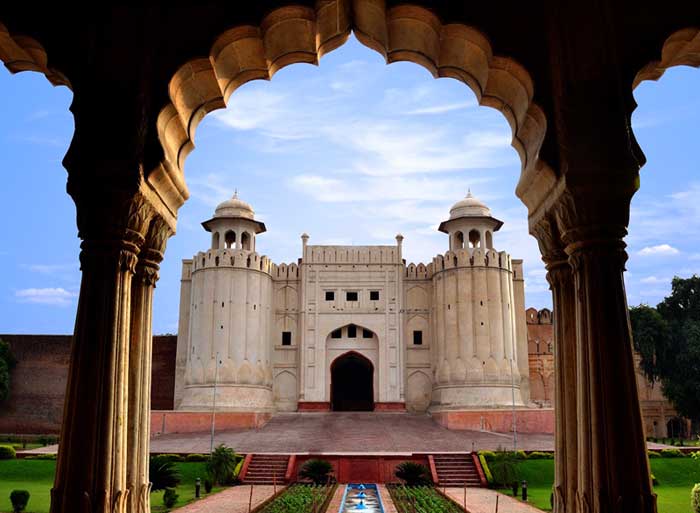 UNESCO approved the conservation of ancient civilizations, culture, and archaeology for the first time on November 16, 1972, and preserved the archaeological, cultural, architecture of ancient and modern civilizations around the world.Every year April 18 is celebrated the global day of cultural heritage. The purpose of celebrating this day is to save, cope with the culture, heritage and archaeological history of various ancient civilizations around the world. A few of the Pakistani cultural heritage sites (Monkeys, Taxila, Thousands of ruins, Qabbi City Sierra Here are a few basic basic information about the remains of Behlul, Fort Lahore and Shalamar Bagh, Maceli Cemetery and Qala Rohatas).

The fort of Lahore which is also known as the royal fort, is located in Lahore, Pakistan’s Punjab province. This fort is situated on the northwest corner of the city.The History of this fort is from ancient times, during the excavation, Mahmud Ghaznavi got a golden coin for 1025. While witnessing more excavation of five meters shows that the population here was present in the year 1021 before Mahmood Ghaznavi’s victory in Lahore. This could not be believed that when the fort of Lahore was laid and laid on Lahore. But it was his excellence was built by the Mughal King Akbar Azam (1605-1515). Some famous places within the world include glass palaces, universal doors, Nulkala palaces and Pearl Mosque. In 1981, UNESCO declared this fort with the Shalamar Bagh as a global heritage.

Shalamar Bagh built the Mughal Emperor Shah where he built Lahore in 1641-1642. There is a high brick wall around the bridge. The garden is in a rectangular shape. It is divided into 3 parts and the three is separated from each other. One part is up to 4.5 meters from another. The names of the three parts are Farhoob, Faiz, and Life. The garden sinks a canal. There are 410 floors in the garden, 5 waterfalls and buildings for relaxation are different types of trees.

One of the world’s cultural heritage sites is Taxila. Taxila is situated 22 miles from an ancient city Rawalpindi – in 326 BC Alexander the Great occupied the city. The ruler of “Bakhtiar”, Bakhtiar, conquered Gandhara from 190 BC and made Taxila his perfect throne. The city’s ideology was at the height of the Maharaja Ashok Azam’s covenant. The famous Chinese tourist in the seventh century came here “Han Sang”. Here is the museum, which features the artificial art of the fifth century BC, worth ten thousand coins (some Greek times) ornaments, vessels and other antiques. In 1980, the city UNESCO UNESCO World Heritage Sites Add to list.

It is 400 miles away from the “Harappa” city, about twenty kilometers away from the Loan Mankind. It was 2600 BC. Murray Joe Duroo discovered the British archaeologist “Sir John Martial” in 1922 and His car is still a celebration of the munitions of MohenjoDaro. (But a dictator is such a one who understands the impression), the meaning of the word ‘Meri dud’ is the word “men’s tale”. This city was in great shape. The city’s streets were open and straightforward and there was a proper arrangement for water drainage. Nearly 35,000 people were living here. This city is included in the World Heritage Site by UNESCO.

The tomb of Thatta has described the world’s historic heritage as the UNESCO World Heritage Sites. Thatta is a historic place near the Kangorjlake in the Sindh Province of Pakistan .It is situated about 98 km in the east of Karachi. Due to the presence of Karachi, the number of people with tourism reaches easily on this historic and elegant place. There is also a spacious and rocky mountainous area and luminous land on its sides. On the other hand, ancient Greek texts have been found in the excavation of Anakov. This city has been very important in the twelfth century. Sindh was the ruler of Darul, who lived for 95 years. The largest and ancient graveyard of Dreams, “Miley” is also near Thatta. This cemetery covers a population of eight kilometers, covering about eight kilometers. There are many kings, queen, scholars, philosophers and genres of eternal sleep.

The fort was built in 948 AH, the fort of RihatRahatas was constructed. Which is built in the middle of the soil of Potthar and Kohistan salt. On one hand, one who taps, on the other hand, NalaGhan is the third and deepest islands in the forest. Fort Ruthasas has been constructed with a wall of rock instead of a small brick. The wisdom is astonished by seeing these large stones installed on the heights. 3 million workers participated in the construction of the fort at once and it was completed 4 years 7 months and 21 days. It covers four hundred acres. There are twelve gates.

Only a few residential buildings have been constructed in such a large fort, the destruction of the fort of Ruthasas was started on the day when Humayun who was defeated by Sher Shah Shah Suri went to Iran. Again the Emperor became India and entered the castle. He was shocked to see this great fort and when he found that the fort was made by his enemy Sher Shah, he ordered it to be destroyed in anger. The king’s specially special, Baram Khan advised the king that it is now an Islamic heritage and has spent a lot of money in the nation, so it should not be destroyed, so that some parts of it should be kept in order to maintain its order. So the pitches of sleeping door should be dropped. Rebuilded later. The real destruction of the fort was Sikh’s hands, which took place in the royal palace with precious stones. This fort is one of UNESCO’s world class heritage sites.