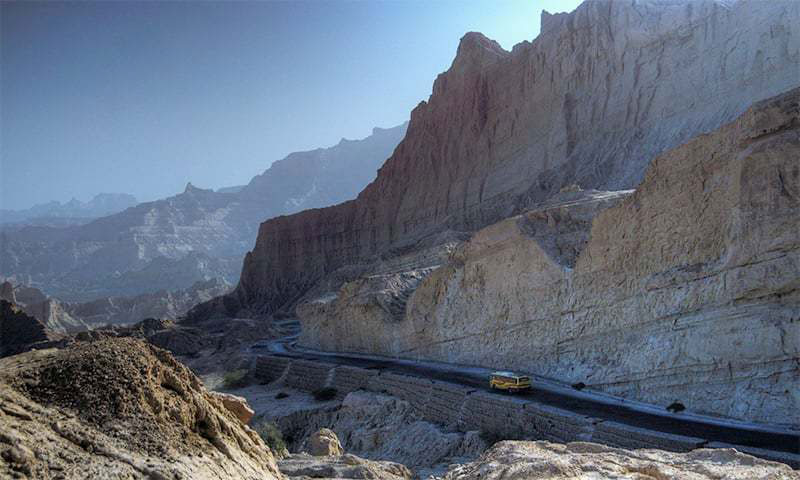 At least 14 people were killed by unidentified gunmen on Makran Coastal Highway near Ormara area of Balochistan on Thursday.

According to Levies sources, armed assailants intercepted about six Karachi and Gwadar-bound passenger buses and opened fire at 14 commuters after checking their computerised national identity cards (CNICs) and fled from the scene.

Two passengers managed to escape and made it alive to the nearest Levies checkpost. They were subsequently shifted to Ormara Hospital for treatment. The bodies of the victims were recovered from Noor Baksh Hotel.

One navy and one coast guard personnel were among those killed.

On receiving information, Levies force reached the site and shifted the bodies to a nearby hospital.

Security forces cordoned off the area and launched a search to trace out the suspects.

According to Balochistan’s Inspector General of Police (IGP) Mohsin Hassan Butt, 15-20 unidentified armed assailants in camouflage were involved in the attack. The IGP said the assailants stopped a bus travelling between Karachi and Gwadar, identified 16 non-Baloch passengers by their CNICs and shot them dead. Provincial Home Secretary Haider Ali said the assailants had been wearing clothes that resembled the Frontier Corps uniforms.

No one has claimed responsibility for the killings.

Home Minister Zia Langove said a full-scale investigation has been launched into the attack and to track down the gunmen. “Such incidents are intolerable and we will not spare the terrorists who carried out this dastardly attack,” he said. Balochistan Governor Amanullah Khan Yasinzai and Balochistan Chief Minister Mir Jam Kamal Khan have condemned the killing of innocent passengers.

The chief minister directed the department concerned and the law enforcement agencies to take strict action against those involved in killing of commuters to bring them to justice. He said on the behest of their foreign masters, some anti-state elements were spoiling peace of Balochistan and asserted that any activity to disrupt development in the area and threat to the lives and property of the people will be dealt with an iron hand.

President Dr Arif Alvi condemned the cowardly terrorist attack in Buzi Top area and expressed profound grief and sorrow over the loss of precious human lives in the incident. He prayed for eternal peace of the departed souls and forbearance of the bereaved families and emphasized that such cowardly attempts to spread disunity in the country can never succeed. He said the nation is united and steadfast in its fight against terrorism.

Prime Minister Imran Khan also strongly condemned the dastardly act of terrorism and sought solicited report into the incident, a PM Office statement said. He directed the authorities concerned to make every possible effort to identify and bring the perpetrators of the barbaric act to justice. He also expressed his sympathies with the bereaved families.