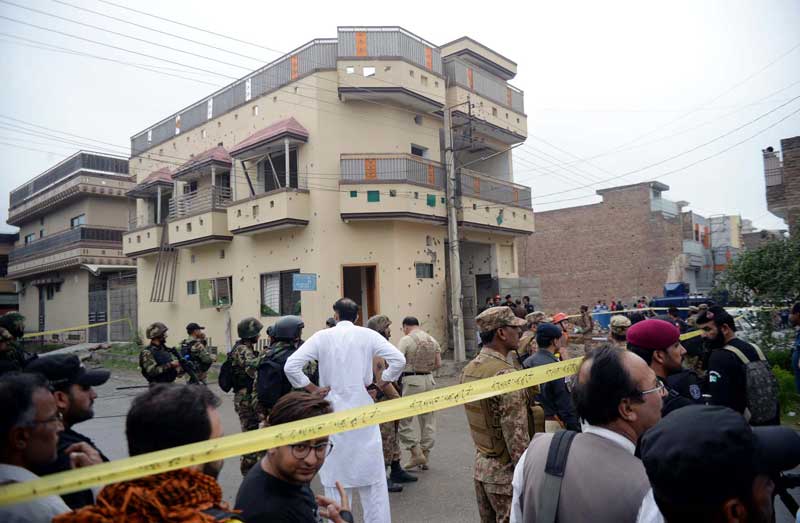 Five terrorists killed in an anti-terrorism operation in Peshawar’s Hayatabad area on Tuesday belonged to the Tehreek-e-Taliban Pakistan (TTP), police sources said on Wednesday. The operation, which concluded after a 17-hour standoff with five terrorists killed and a policeman martyred, was conducted on an intelligence tip-off, police sources added. According to the sources, “The terrorists belonged to TTP and were involved in four major incidents, including attacks on a high court judge, an additional inspector-general of police and a FC vehicle.” “Imran Muhammad, a 20-year-old Afghan suicide bomber, was among those killed,” they added. The police sources further said, “An explosive-laden motorcycle and suicide vests were found from the building where the terrorists had taken cover.” The suspects had taken cover in a residential building in Phase 7 of the Hayatabad locality, from where they attacked security forces. The building was demolished with explosives soon after the operation concluded.