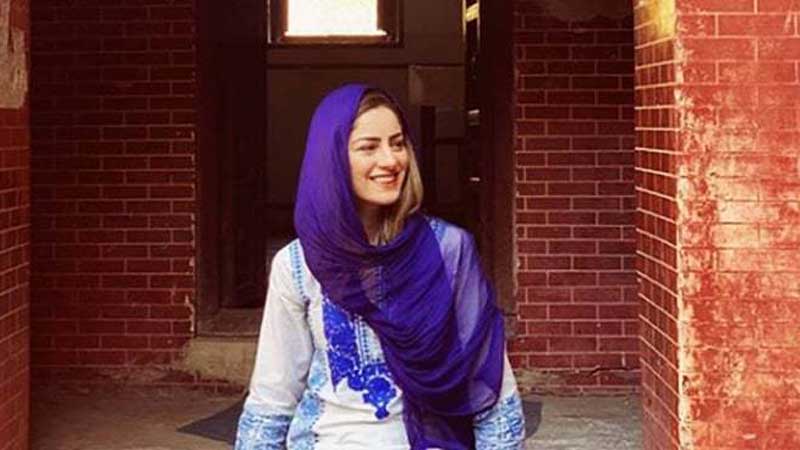 A Canadian model and humanitarian worker registered a case on Tuesday against two suspects for alleged sexual harassment.

A first information report registered at the Sihala police station quoted the woman, identified as Lahore-based Assma Gulata said she was in Bahria Town Phase 7 when two men in a car began “harassing me, telling me to get into the car”.

“When I told them to leave me alone, they started laughing. They blocked me from getting into my Uber and then followed my Uber from Bahria Town to Islamabad, trying to block the driver and even asking the driver for my drop-off location,” she stated.

Because they were following her, she said, she had to change her drop-off location and hide in a nearby mall until she thought they had gone.

“Then I went to my AirBnB,” she said, adding that she had their vehicle details and a video of them as proof.

The suspects have been booked under Sections 342 (punishment for wrongful confinement), 511 (punishment for attempting to commit offences punishable with imprisonment for life or imprisonment), 354 (assault or use of criminal force to woman and stripping her of her clothes), and 506 (punishment for criminal intimidation) of the Pakistan Penal Code.

Assma, who’s been living in Pakistan for the past five months has now released a video explaining what had happened.

The other day I was assaulted and I spoke up about it on Instagram. I woke up to find my story has reached media & I began receiving a lot of backlash from the public, blaming me for my attire or appearance or that I have not been integrated enough to earn any respect. Rather the blaming a woman for being sexually harassed, let’s discuss the real issue: lack of men being held accountable for their harassment. It’s frustrating that media neglected my praise of Pakistan beauty & humanitarian work, but has captured my bad experience (which also happened to me in the Canada because hey, there’s good and bad everywhere!) and I feel ashamed that MY voice was heard yet thousands of my Pakistani sisters have been neglected. I do hope that my sisters understand I stand with them in solidarity and am using my platform to help us as women and for our future daughters inchallah. A massive Thank you @sky__is_the__limit_ for raising awareness on this as she has experienced similar issues in Pakistan, and thank you to Naeem Asghar from Express News who shared my truth. You can watch the full video by clicking the link in my bio ❤️ #pakistan #canada #harassment #sexualassault #metoo #asoomiijay #islamabad #rawalpindi #activism