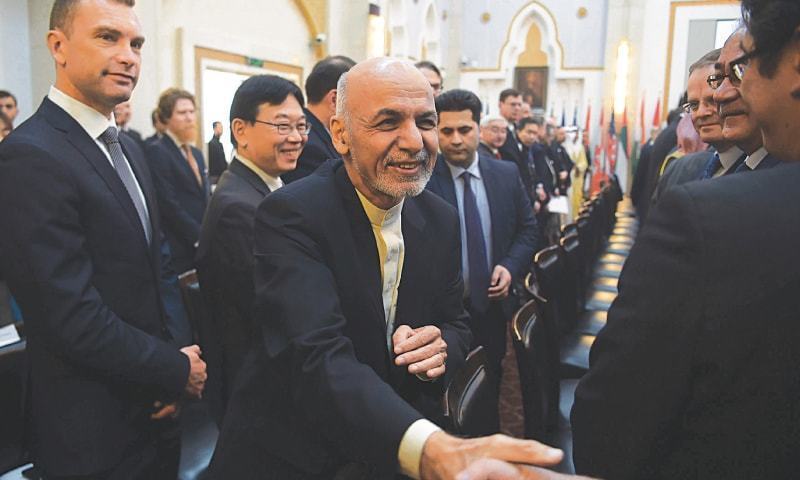 Afghan government on Tuesday announced a 250-member team for intra-Afghan talks with the Taliban scheduled to be held in Qatar on April 19-21, a presidential spokesman said in Kabul.

Former President Hamid Karzai is not included in the list, but Karzai’s office in Kabul said he supports the process.

Karzai had attended the first round of the intra-Afghan conference in Moscow in early February, which had backed the Taliban call for withdrawal of foreign troops.

Deputy presidential spokesperson Haroon Chakhansuri said in a brief video that political parties, independent political leaders and related institutions proposed names of the delegates for the Doha conference. He said the list represents all section of the Afghan society.

Taliban have not commented on the list and their sources said Taliban negotiators met in Qatar on Tuesday to discuss strategy for the intra-Afghan dialogue.

Taliban are likely to announce their own team for the conference, which is significant for Taliban and Afghan leaders to discuss the post-withdrawal set-up.

Qatar has played a key role to convince the Taliban to sit face-to-face with the government’s representatives and also encouraged President Ghani to send a team, sources privy to the development said earlier.

They also made it clear that the conference is not a negotiations summit or meeting but it is a conference in which the participants will only be clarifying their views and policies and sharing their stance with others.

The High Peace Council welcomed announcement of the list and said members of government delegations and Taliban will discuss speeding up the peace process.

The council’s spokesman Sayed Ihsan Taheri tweeted the Doha Intra-Afghan Dialogue is a first step forward to direct negotiation between Afghan state and the Taliban movement.

Ghani had refused to send to send members of the peace council to the Moscow’s meeting.

Taliban and the US will hold next round of talks after the intra-Afghan dialogue, Taliban sources said.

Senior leader Atta Mohammad Noor rejected the government’s list and said the list includes “favoured candidates” of the presidential palace, govt officials andthose with no base.

“The list ignores social balance & the presence of the jihad & resistance faction, as an important side,” Noor, leader of Jamiat-e-Islami party said.

He announced not to attend the conference.

“As we dismiss the govt’s list designed in a narrow-minded manner, we won’t be attending the talks with this running order. We see this as govt’s intentional act to sabotage the peace efforts, also seen in @ARG_AFG’s (Presidential Palace) formation of the reconciliation council, later dissolved,” he tweeted.