Study says US should help Saudis find way out of Yemen 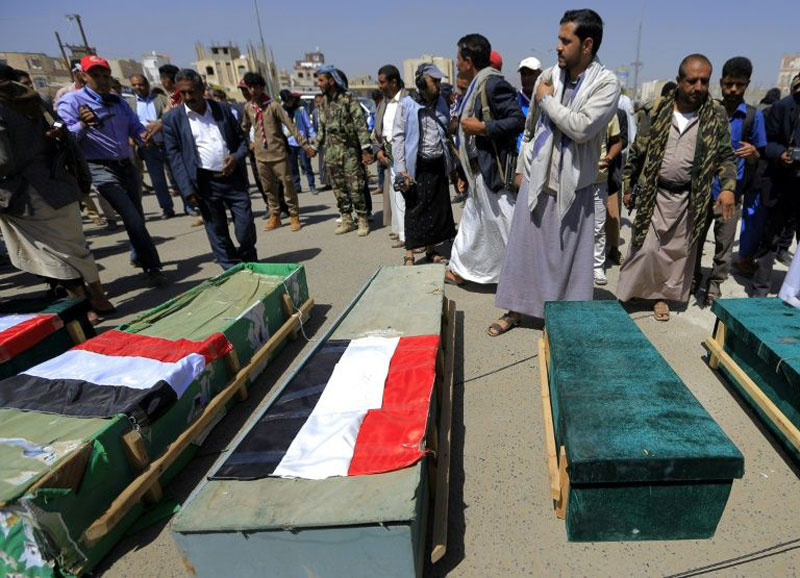 Saudi Arabia is looking to find a way out of its devastating war in Yemen and the United States, the kingdom’s stalwart ally, can play a critical role, the International Crisis Group said Sunday.

The group, which researches ways to end conflicts, said the United States should appoint a special envoy and suspend most arms shipments to the Saudis with a promise to resume them once the kingdom ends its four-year offensive against Huthi rebels who control much of their southern neighbor.

The Saudi-led coalition “needs to stop thinking about how to eke out some notional victory and instead commit itself wholly to finding a political exit, regardless of whether that means empowering the Huthis more than it is comfortable with in the short term,” the group said in a study based on interviews with current and former officials in the United States and elsewhere.

“The US should lead the way by finding its own exit,” it said.

The report comes after Congress — alarmed by persistent civilian casualties and widespread hunger in Yemen, as well as Saudi Arabia’s killing of US-based writer Jamal Khashoggi — voted to cut off US support to the war effort.

President Donald Trump, who has closely allied himself with Saudi Arabia, has threatened to veto the bill but has not yet done so.

Democratic Senator Chris Murphy, a leading critic of the Yemen war, said that even if Trump goes ahead with his veto, Congress can serve as a “bad cop” to pressure Saudi Arabia to change course.

“This is not a question of whether or not the coalition is going to defeat the Huthis; that question has been answered,” Murphy told a briefing on the report.

“The Huthis are going to play a substantial and significant role in the future governance of Yemen, so it is a matter of deciding how the Saudis will live with that in a way that doesn’t threaten their long-term security interests.”