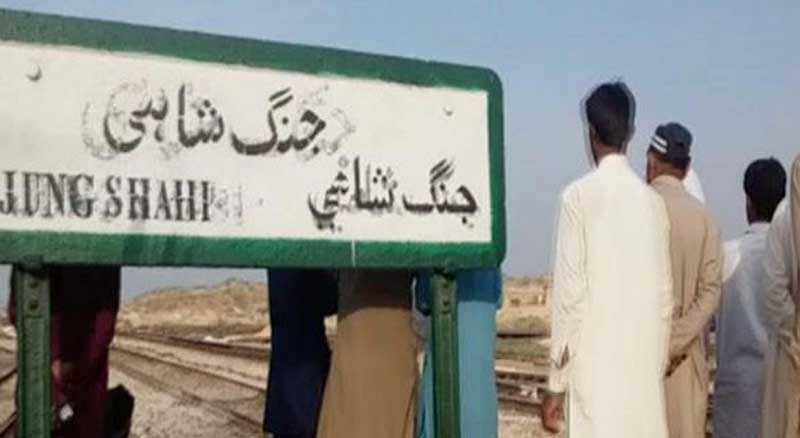 Police and bomb disposal squad on Sunday morning thwarted a terrorism plot by defusing a bomb fitted on a track near the Jhungshahi railway station in Thatta.

The 500 gramme bomb was planted on the railway track three kilometres away from the station. Trains were stopped for three hours but have now been allowed to operate again.

Thatta SSP Shabbir Sethar confirmed the news and said the police were tipped off about an explosive at the train station early Sunday morning. A heavy contingent of police are currently at the station. SSP Sethar said that 10 minutes after the police found the bomb, a train was scheduled to cross the track.

The Shalimar Express was halted before it reached the track. He said the explosive had a remote-control device attached to it, leading them to believe the people who planted it were nearby. Sethar said the police got a tip off about the presence of the explosive near the railway station early Sunday morning.

The area – that was cordoned off by the officials – has now been opened after a search operation. Trains resumed their journey to their destination after the law enforcement along the BDS combed and cleared the tracks for resumption of rail traffic.

The Bomb Disposal Squad was called in from Hyderabad to disarm the device.

The police said seven suspicious individuals were taken into custody during the search operation at the railway station and surrounding areas.

Bahauddin Zakariya Express was stopped outside the Jungshahi railway station when the bomb was found.

The explosive could have targeted the Hazara Express and Zakaria Express which were scheduled to run on the route, but a possible tragedy was averted by timely action of the authorities.