‘Lanshoo’ — a beautiful tale of the importance of truth 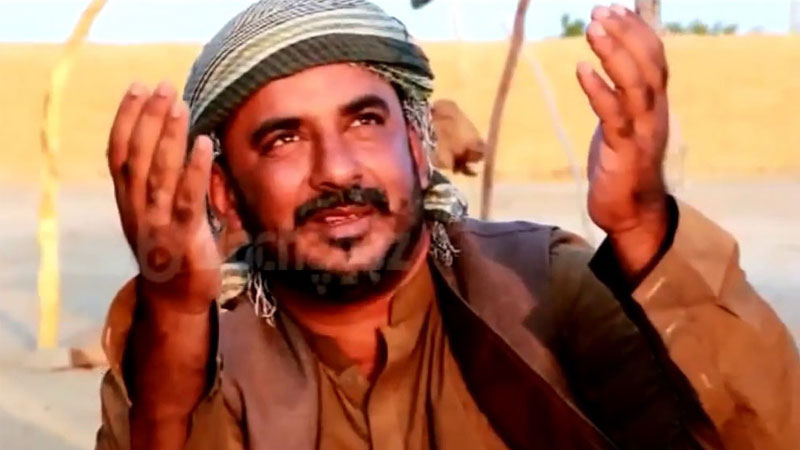 ‘Lanshoo’ is an exemplary Balochi film, directed by Rahmat Ghulam whose work is known to be impressive. He is not just filmmaker but is also a cameraman, as well as an actor hailing from Balochistan. His films always contain creative and informative themes regarding the circumstances of the society. Certainly, the talented filmmakers’ extraordinary and exemplary contributions deserve millions of appreciation for promotion of the Baloch film industry in Pakistan. The dialogues are expressed uniquely in the movie by the talented actors who inspire and influence the audience entirely.

Lanshoo details the life of a man who highlights the society’s issues for the people’s protection and brings forth the bitter realities and the harsh truths of life. That fear fullness tied the people’s hands, seized their mouths, closed their eyes with making them voiceless is wonderfully mentioned in the film. It indicates that how forcefully the people are being pressurized to be voiceless and afraid of discussing about their interests and rights in the society.

The main characters of the film are Lanshoo, Raheem Baksh Karim, Shakeel Khair, Gull Khan, Aziz Balach, Naveed Meer and Iqbal Wahag.Their dialogue delivery is very powerful. Rahmat Ghulams plays Lanshoo. The film revolves around Lanshoo and how he tries to help others in the hour of need but still, he is not liked by all. Even though, he always tells the truths and loves the humanity, but still he is blameable in each discussion of the people.

The film begins with the gathering of Lanshoo and his father (Sayad) who suggests his son to never be involved in the participations of other’s issues rather to find out a job and be engaged with it to be unaware about others. Lanshoo feels other’s hardships and loves to be a supportive individual in the society. The father sends him to work in Meer Basham’s home where he acts freely with open-minded therefore Meer doesn’t bear more and takes him out from job. After that, Lanshoo meets two elderly people who seems dejected while discussing about a divorce issue, he hears it and goes to Sulaman’s home to solve Gazabek’s issue. After Lanshoo’s conversation Sulaman starts beating him terribly and he warns him, “Who are you to come for solving my daughter’s divorce issue, Gazabek should come why did you come?”

The main characters of the film are Lanshoo, Raheem Baksh Karim, Shakeel Khair, Gull Khan, Aziz Balach, Naveed Meer and Iqbal Wahag. Their dialogue delivery is very powerful. Rahmat Ghulams plays Lanshoo. The film revolves around Lanshoo and how he tries to help others in their hours of need but still, he is not liked by all

Lanshoo successfully runs away but Sulaman calls Gazabak and warns him to not send his daughter back at all. Gazabek too beats Lanshoo who unawares him and talks about the divorce issue. Lanshoo’s father always seems scolding him but he rejects his father and says that he always loves to protect the humanity from issues, that is naturally a virtue to support others.

Once he requested his father to admit him at school so the father talked to the principal and he was admitted. The first day the teacher asked him questions, he answered them correctly with being very active in the class. The next day, his father suggests him for school, he refuses to attend his class. Lanshoo always wonders in streets and supports the needy people with eradication of their problems.

One day while wondering in a street, he meets with Barkat who looks very dejected with sadness. He asks him the reason of sadness, Mr Barkat replies that his motor was stolen last night by Shamir. Lanshoo seems confused that Barkat already knows the actual thief then why doesn’t he talk with Shamir. Actually, Shamir is known as the richest person of the village and whatever he wants, he does without feeling fear of anyone; therefore villagers seem afraid of talking and challenging him, even he was involved in selling illegal drugs with destroying the society’s youths. Lanshoo requests him to join him for going at Shamir’s home that why has he stolen your motor. He suggests Barkat to join him to go his home, but he refuses because afraidness hugged him firmly.

When Lanshoo reaches at Shamir’s home, he directly started highlighting the mountain-like issues which are brought by Shamir in our society with being involved in dishonest deeds. He reveals every secrets with facts and suggested him that a person can never put fire on his/her own home that you are doing in the society in which the culture of dishonesty, inequality and drugs have snatched everyone’s rights. You have threatened and warned everyone to not talk about the facts. Today numerous of drug addicts are found due to you with promotion of drug culture in the society. After pointing out the reality, Mr Shamir beats him terribly and warns him to never talk about society’s circumstances.

After this incident, Mr Shamir warned Lanshoo’s father (Sayad) to stop him to highlight the problems of others. The father advised Lanshoo again and again but he remained the same and stayed for supporting the humanity. The father forced him to go out of the country; but he refused to go. Here, Lanshoo thinks a lot that why the people are afraid of such individuals who are doing injustice. But still his father always praised him and told that he is our leader and everyone respects him from the bottom of their hearts instead of being against of him. 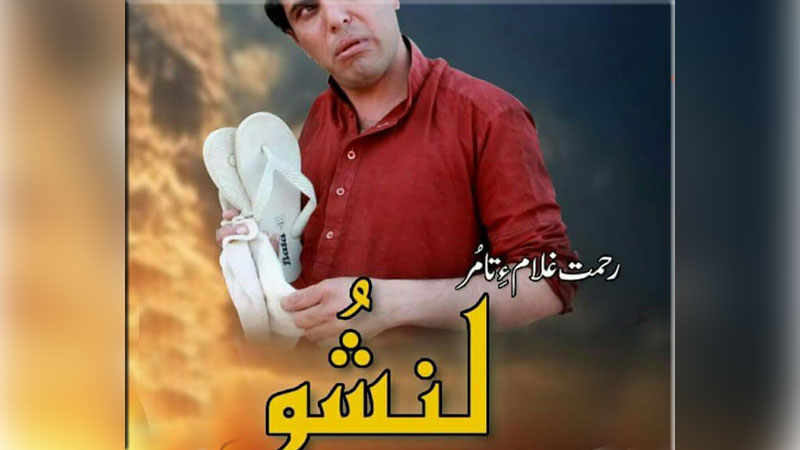 After hearing the father’s words Lanshoo became shocked entirely that the one who steals and sells illegal drugs with destroying our lives is considered our leader. He continued that till when should we bear the unjust and cruel deeds of such leaders who are inviting a gloomy future for the society?

Lanshoo decided to follow his father who was invited by someone for singing songs in his brother’s marriage ceremony_but during the invitation, Lanshoo asked the person that why don’t you invite new singers for such gathers. He answered that new singers’ demands are not affordable, as they want wine, beer, cigarettes and etc which are unaffordable. Lanshoo suggested that why old singers don’t advise them to avoid drinking such drugs which kill. Father said that new singers considered them superiors and feel free to do whatever they want.

Thus, Lanshoo’s father suffered from dangerous kidney problem and doctor needed another kidney, as his son Lanshoo successfully sacrificed for his father for the donation of his kidney to save his life. Lanshoo was the source of protection of his father’s health and always stayed for assisting the people. The film deserves to be watched that how a single individual fights for the elimination of society’s issues with telling the facts and realities, when other seemed fearful to talk about.